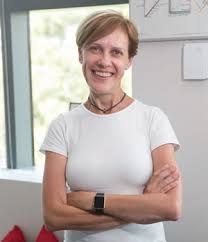 
No idea how you got the ‘visual memory’ idea from me. I said “this direct teaching should be about focussing in detail on the letters in a particular difficult word and their order, and mapping that onto the pronunciation”

This was the case with one Isabelle Duquennois @Isaology
As such I have now wasted so much of my valuable time to write where I got the idea of visual memory from.

Here are extracts of the post by Juliet Palethrope that started it all off.

At least read the underlined sentences before making comments.

Mastery of alphabetic decoding skills allows children to translate the spellings of most words they encounter into sound. However, as we have discussed, most alphabetic writing systems have at least some degree of spelling-to-sound irregularity, and English includes a number of high frequency words that are highly unusual (e.g., eye, friend).
Many teachers address this problem by teaching these kinds of words as “sight words” or “tricky words” together with phonics instruction. Sight words are introduced in a range of ways, and this varies across classrooms.
Teachers may use flash cards with single words printed on them for children to name, activity sheets involving the words, or weekly word lists for children to take home. In all cases, the intention is that, through repetition and feedback, children learn to recognize and name these tricky words fluently. However, this practice is controversial: Many phonics advocates argue that it is not only ineffective but also dangerous, causing children to become confused about letter-sound mappings and setting them up with bad reading habits that interfere with their ongoing phonics instruction (e.g., A. Clarke, 2012; Potter, 2012).
In our view, this concern is unwarranted, and the judicious selection of a small number of sight words for children to study in detail has its place in the classroom alongside phonics. As we have discussed, teaching phonics is crucial because it gives children the skills to translate orthography into phonology and thereby to access knowledge about meaning. However, when this is difficult because of spelling-to-sound complexities, there would seem to be a case for teaching children the pronunciations of a small number of such words directly, particularly those that they are likely to see very frequently in the texts they are reading (such as the, come, have, and said). In effect, this ensures that children can relate the visual symbols of writing to spoken language for as many words as possible and as early in their schooling as possible.
That said, many questions remain about the teaching of sight words. Most importantly, what method of teaching sight words is most effective? Successful methods are likely to involve engaging children in detailed study of the letters in the word and their sequence—with a focus on the difficult parts—and linking this with the word’s pronunciation, but this has not been explored systematically.

I then decided to ask the following questions which were graciously responded to by Anne Castles.

Under 'Teaching of sight words' the research summary says;
"In effect, this ensures that children can relate the visual symbols of writing to spoken language for as many words as possible and as early as in their schooling as possible."

Is your Research Report suggesting that we should get children to visually memorise as many frequently used words (sight words) as possible?
Your response will be greatly appreciated.

No, not as many as possible - just what's needed. We argue most words should be read via alphabetic decoding but for difficult exception words there is a case for teaching "a small number of such words directly, particularly those that they are likely to see very frequently" ½

And what we are proposing is not well described by "visually memorise". This direct teaching should be about focussing in detail on the letters in a particular difficult word and their order, and mapping that onto the pronunciation 2/2

My comment now: Mine was a direct question and her response appears to suggest that visually memorise just what is needed.

Let us be fair to her as she did say that many things need to be researched.

Prior to this, I had a few ladies who accused me of suggesting reading using visual memory. One person writes and others just jump on the bandwagon without thinking.

We know, @luqmanmichel, the damage that can be done to many children when they try and memorise words by shape. It is much easier, and far more effective, to teach all children to read words through the process of decoding. Let's teach the alphabetic code like the code it is.

And then Pam Kastner decides to jump onto the bandwagon.
Pam Kastner @liv2learn · Apr 13 Replying to @1in5advocacy @luqmanmichel and 12 others

English is an alphabetic orthography. It is not logographic. We cannot visually memorize every word in the English language nor should we "teach" any word in that manner. We must use grapheme-phoneme correspondences to orthographically map words storing them as mental...

Where in the world this lady came up with the above statement is beyond me. Why she decided to tag 13 others is also beyond me.

I am here to share my findings and nothing more. Let us together or you independently do something to help parents of kids who are wrongly classified as dyslexic and left to ‘rot’ in school.

But this is not the same thing as saying the learning is "visual memorisation". For starters, individual letters come in many different visual forms - upper case, lower case, different fonts etc. Using visual memorisation to learn the pronunciation of 'EYE' will not help a child to pronounce 'eye'. So before doing anything else, children need to abstract beyond the visual form to recognise individual letters.

The sight word learning we are talking about involves learning to link a particular string of abstract symbols (letters) with their pronunciation. As we note, this might be achieved in a number of different ways, and more research is needed (e.g decoding and then focussing on the "tricky" bits in the word, practising spelling the word, engaging in mispronunciation correction processes) but none of these methods involve pure visual memorisation.

I hope this clarifies things,

Thank you Dr.Anne for your clarification.
Your response to my tweet earlier was not as clear.

We are, I believe, on the same side trying to end the reading wars.


If I may suggest, from my experience with more than 70 so-called dyslexic kids who could hardly read a sentence nor spell any of the most frequently used words, get kids to memorise by rote the Dolch words.

Someone along the way had brainwashed teachers/educators not to use rote memorisation.

I have explained in one of my posts that these are common everyday words and will be read by the students in any of the books they read and will become permanently embedded in their minds. The meanings should also be familiar to the kids as these are common words.

I am not promoting whole word/language method as you would have realised by now. I am all for phonics and Dolch words. I understand that you are suggesting the same.

Once my students have finished the 30 lessons I teach them about how to figure out words where context clues will be gainfully used.

Most of my students leave my house before the 30 lessons are over as their parents are happy that they can already read at grade level.

Thank you for your input, once again.
Stay safe.