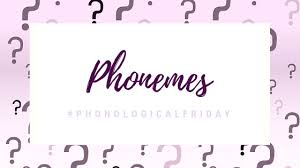 Here is an article on The Australian.com that was posted on twitter. You may read the whole article here.


Following is my summary of the comments followed by comments by readers/teachers I have extracted from the article.

I note that most of the comments are pro phonics and rote memorisation of sight words but they are basic phonics and not what is being marketed now as Systematic Synthetic Phonics and Science of Reading.

I was taught basic phonics in my school by teachers who had studied from British teachers who came to this country. Phonemes of Consonants were taught with no extraneous sounds unlike it is taught nowadays. The parents and teachers commenting in this post are from the 60s’ to 80s’ who can’t understand why there is objection to phonics and rote memory.

My tweets on Twitter in the last two months have only been on one main item and that is to teach pronunciation of phonemes of consonants without extraneous sounds. If this is done correctly children will not be confused and will be able to read sooner.

It is mind boggling why educators like Nathaniel Swain and Pamela Snow from Australia do not understand why consonants should not be taught with extraneous sounds.

Both Nathaniel and Pamela have tweeted the following in response to my tweet.

“I haven’t responded as I haven’t found your contributions very relevant or conducive to collaborative discussion.”

The above was tweeted after I had collated the tweets and posted it in one of my blogs and requested Nathaniel to respond. You can find my post here.

We also have educators from the UK and the US who can’t accept that this is the basic problem why many kids disengage from learning to read.

Read the comments below from readers of the Australian. You may read the full comments on the website above.

Strange the author shoots off with vowel sounds.
Consonant sounds by far the best to start. That’s where we get potato/potarto and tomato/tomarto from. Doesn’t matter does it, unless you want to argue the pointless point with Brits and Yanks.
Also strange that letter sound relationships are not the start point for reading learners at home, when the dead giveaway is a child reading not able to ‘read’ (recognise) the word-pronounce it.
But this will have been said countless times by other here before me...as I am not a subscriber.

Richard
If I were to attempt to translate it, I would probably say "Phonics teaching is a serious subject and should be taught in a way that children understand and enjoy"
And just another observation:  it seems reading teaching is another discipline that's been subjected to a whole lot of non-empirical, almost ideological, tinkering over a number of years.

Tony
Not again?? Can't we stop kicking this tired old issue around the block? The 'reading war' refer in the title is over! This article by a phonics evangelist is one-eyed and misguided. Research and good teaching practice (which requires good teachers) has convincingly shown all over the world that a combination of phonics (learning the sounds of letters and letter combinations) AND whole language (putting words into an understandable context) works best. Unconvinced? Consider the need in phonics to learn lots of variations and exceptions (say these words out aloud and listen to the sounds: rough, tough; thought, bought; cough, trough; dough, though; plough, drought; thorough, borough). It makes sense to learn sounds properly AND put them in context. My own kids learned to read this way and they kicked goals all the way through their education.…

Ermie
Our son was a School of the Air student in the 80s when phonics was definitely out of fashion in the Department.  Fortunately, we were able to override the idiotic “whole language” system so that his reading age at the end of Year 1 was around 10 not his real age of 6.  How sad that so many children emerged from this “dark age” functionally illiterate (and often innumerate) because the “experts” deemed rote learning too old fashioned.

Tess
I started to clean out boxes from the garage during our lockdown and l and behold the basics of how to teach reading from the 70's
Excellent, all based on phonics with repetition.
Those teachers who think that you can teach a new letter each day and be on to digraphs by term 2 in Prep are sadly mistaken - rote and repetition works.
Sounding out works

Joanna
Well I was taught to read using phonics in the 80s... can’t see why it’s controversial. Easy and it works. The reading penny dropped for me at 6.5 years and I’ve been a voracious reader ever since.

RichardO
I can never figure out why the animosity towards phonics. It works, so why the closed mindness?
Anyone care to enlighten me?

Matt
There is no animosity.
Every school teaches it - as well as other strategies.
If you just continually taught phonics you would have a class full of kids bored out of their brains.
You also need to teach them to love literature, and write creatively.
The phonics vs. whole language battle exists among academics.
Gives them a bit of a buzz.

Meg
I think the problem is not the kids being bored out of their brains but the teachers don’t like it because it bores them.  Phonics works for kids and works quickly. Not only that, it teaches them to spell. Whole word does not work for most children and this rubbish about parents being to blame for their children being poor readers because they don’t read to them at night is humbug. No one read to me at night when I started school, but after our teacher’s excellent phonics tuition, by age 6 I was reading simple stories by myself and even writing my own little tales though the spelling was often hilarious. Teaching should be about what’s best for the children, not about what’s the most interesting for the teachers.

Alpal
We haven't even started on discussing learning your times tables by rote. Is that happening today or do they use calculators from year 3? Still know my tables up to 12 times. It's hardwired in and makes basic maths so simple.

susan
Now 73 years on I can’t really recall.  But 65 kids in class and taught from blackboard and everyone could read.  More had problems with math.

Debra L
As a teacher of English as a second language for 15 years I was innately drawn to the phonetic alphabet from day 1. It was a constant in every class I taught (adults and teens) and to see their eyes light up when they finally got it was brilliant.

I taught the 44 sounds and their related symbol to each new class until they knew it by heart then used it daily for new vocabulary and in games. From then on pronunciation of any difficult word was as easy as writing the phonemes on the board and they always got it right.

David
Decoding is an essential skill for reading and yet still so many years down the track there is debate on whether phonics should be taught! It appears that fashion above commonsense has the strongest influence in the way reading programs are presented even now when the evidence is overwhelming. It is time that the leaders in education bring an end to the reading wars for the benefit of our young learners especially those children who find decoding a difficult skill but one they must master if they are to become efficient readers.

Aivis
This subject really complicates something that is not all that hard. My wife and I are both in our sixties. We were taught basic phonics reading at school. Cannot recall anyone having all that much trouble.
Without any teaching background my wife taught each of the 4 kids basic phonics reading before school age. Different personality, motivation and gender. No problem. With just a little encouragement they read lots of books in their growing up years.
The kids did the same to their 3 year olds. The basics only took a few weeks but the practice is ongoing. A sceptical grandfather was very impressed with the 4 year old reading something from an unfamiliar newspaper. Of course you don’t understand he said but he answered every basic question correctly.
This is just ordinary parents teaching ordinary kids simple basic stuff that has worked forever.
Also how can you possibly read an abstract word without sounding it out phonically?

When I went to school in the 1950s we were taught the name of a letter, then the sound of the letter, followed by blends at the beginnings of words then ends of words. We were taught vowels and “sounds” eg oo, ee, etc. Everything we learnt was reinforced via music and rhymes and this had been done for many years.  It worked. By the time I got to Teachers College the experts from the US had arrived with “reading for meaning” where you were instructed not to teach phonics however the older ladies who taught junior primary stuck to their guns and insisted you teach phonics because it works.
Surely we should be doing what is best for our children not playing culture wars.