Learning to read via analyses 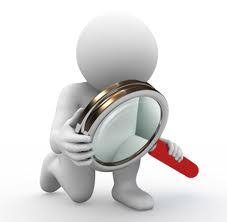 The following are two video clips of a Filipino lady who has been in Australia for a number of years.
As mentioned in my post several times, the pronunciation of phonemes is taught wrongly in most countries around the world.


She could read the letter names correctly but the sounds representing the letters were all incorrect.
The irony is that she could read even though she had been taught the pronunciation of phonemes wrongly.

Reading sounds represented by letters as taught to her.

Reading a text given to her.

This is further evidence that many around the world learn to read even though phonics is taught wrongly.

It is easy to figure out that many use analyses to learn to read in English. They could definitely have learned to read sooner if they had been taught the correct pronunciation of phonemes. Instead of figuring out how to read they could have learned vocabulary and comprehension and become fluent readers sooner.

I repeat that neither Jennifer Buckingham not Jeffrey Bowers know what they are debating on.

Jennifer Buckingham states that phonics should be taught without being able to explain why phonics is not working the way the phonics proponents claim it should.

Jeffrey Bowers did not understand that the problem is not phonics but the way the pronunciation of phonemes is being taught in countries around the world.

For phonics to work properly and the Reading Wars to end we need to teach the correct sounds of symbols and to teach children the blending of the phonemes.

I believe it is the ego of Jennifer and Jeffrey which is preventing them from accepting my findings and ending the reading wars or...

Posted by Luqman Michel at 4:35 AM