Dr. David Boulton vs Luqman Michel Lies do not like to face truth 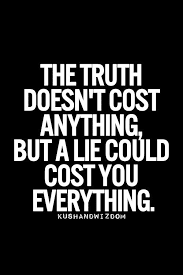 Here is another comment by David
Dr. David Boulton:

I have been bombarded over the years with people 'certain' that if only their way was adopted (spelling reform to instructional method) everyone would be great readers. I don't have the time or interest in being the object such people want to stroke themselves with. I am clear and on the record for decades re what is the reason children struggle to read English. If as you say you have been through my work you'd know that. I appreciate that you help people. I don't want to engage further with you. I am not interested in being a platform for self aggrandizing. I wish you all the best.

"Ninety-five percent of those kids are instructional casualties." In 2015, I wrote to some of the experts who created COTC. They did not reply. Now, when I ask similar questions I am removed as a connection.

Now, how do we change the status quo if "human beings are latching onto their beliefs, their assumptions, their egos, their careers rather than looking very clearly at what works and what doesn’t …………” I have studied kids who had shut down since 2004 and have come up with why they disengage from learning to read. I am prepared for any questions on what I have written. Instead of questioning me, if 'pillars of education' just shut me off, how will we ever learn? Why doesn't this team study what has been independently researched by someone who wants to help kids in the future and change their course of life?

Here are some comments from my blog post in 2017.

The search for solutions to any problem for the common good is best served by openly evaluating all findings by interested parties. It is not helped by removing/blocking some posts n accusing people with different findings/opinions of self aggrandizement and in the process deprive everyone of the opportunity to make objective assessment.

It is very well and good, learning deeper into the challenge faced by children who do not reach grade level proficiency.

But, after having learnt deeply the challenge faced by children who do not reach grade level proficiency, and in the process also learnt what is the reason children struggle to read in English, wouldn’t the natural thing to do next be to show the world how to teach children to read in a way so that they can be proficient in reading and thus be able to read at grade level?

How to teach children to be proficient in reading?
1. Teach them the right way. For example, do not add a vowel sound to letters.
2. If they have been taught the wrong way, they have to unlearn (the wrong method) and then learn the right way as in 1 above.
3. Teach them that some letters in the English language have more than one sound. This is extremely important.
4. Once they have been told 3 above, there will be no confusion because they
can accept that some letters have more than one sound.

David Boulton, notwithstanding the funds that you continually generate from all sources supposedly to find a learning solution for 2/3 the kids of the U.S.A., your arrogant attitude belies this fact.

You believe that only you and close affiliates have the source to the solution and therefore the funds, and are not interested in exploring methods which are proven elsewhere. The fact that you removed 2 links from your website suggests you are not infallible.

Unlike you, Luqman seeks gratification only from the success that has been achieved and hoped that others would be able to benefit.

Yes, the 2 links were removed immediately after my comment. I believe these two videos that were removed were the ones on wrong teaching of phonics that I have been harping on.


I see, "This video has been removed by the user."


That is why the moment you try to Dig a little Deep one tends to become uncomfortable, becoz the Hidden Truth gets to the Surface. Lie does not like to Face the Truth, it tries to Suppress it by calling it Dissent, Arrogance, Ego..

Posted by Luqman Michel at 4:07 AM