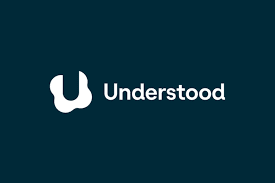 This morning I had a tweet from www.understood.org in response to my tweet. They linked the following resource. LINK

Here are excerpts and my response.

Siegfried Engelmann had said on an interview in ‘Children of the Code’ that from having taught hundreds of kids who had difficulty reading only a fraction of 1% were unable to be taught to read.

Dr. Reid Lyon had said that more than 95% of kids are what he termed as instructional casualties.

Nancy Hennessy, president of IDA 2003-2005, said, “……even if we settle on a middle number, let us say 10%; that still leaves a lot of children who are not dyslexic, whose brains are not wired any different way, who have reading difficulty. We are not supporting the learning of our teachers in order for them to do what we are talking about”.

Having taught more than 70 so-called dyslexic kids I believe that a majority of kids classified as dyslexic are in fact instructional casualties.

I believe that people with a vested interest have classified any and all kids unable to read as dyslexic.

Kids with dyslexia don’t outgrow it. But there are teaching approaches and strategies that can help people with dyslexia improve their reading skills and manage the challenges.

People with dyslexia typically have trouble reading fluently. They often read slowly and make mistakes. That can impact how well they comprehend what they read. But when other people read to them, they often have no problem understanding the text.

Yes, the kids who came to me for tuition had problems reading fluently in English but not in Malay and Romanised Mandarin. This is what the Anglo Sphere educators/ scientists/ researchers need to research.

The Anglo Sphere guys have a set answer and repeat it until they believe it as if it is the Gospel truth. They say that this is because English is an opaque language.

Obviously, the above statements cannot be accurate. I have taught parents to teach kids who were unable to read. One excellent example is the mother/teacher from Australia whom I guided to teach her son who had gone for tuition for a year and was still unable to read. She was at her wit’s end when I met her on Twitter on 23.12.20. Within weeks her son could read fluently. Read my detailed post on this here.

Read a postmortem of my tweets with Alanna Maurin here.

Is it phonemic awareness that is the problem or is it confusion that had set in from being taught the wrong sounds represented by letters?

Alanna Maurin is one of several parents I had guided is not an isolated example.

Studies show that brain activity in people with dyslexia changes after they get proper instruction or tutoring. And scientists are learning more all the time.

Yes, after the confusion is cleared these instructional casualties are able to read. My first student who could not read a single sentence despite having gone to kindergarten for a year and having completed primary one obtained a double degree from the University of Southern Australia on 1.10.21. See the photo of his graduation on my Twitter profile.

Understood Team is made up of passionate writers and editors. Many of them have kids who learn and think differently.

I believe there are many kids who learn and think differently but we should not classify each and every kid who is unable to read as dyslexic. There are kids who cannot scaffold new information when the old information they have learned is faulty.

The best solution is not to create this hurdle for a majority of such kids. Teach the correct pronunciation of sounds represented by consonants from the onset.

I would be grateful to Understood team and  Alicia Roberts Frank Ed.D @draliciarf,  for their comments.

Posted by Luqman Michel at 6:00 AM