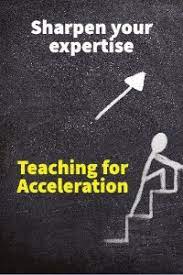 Here is a link posted on Twitter by Dr. Rachael Gabriel.

The single most important unknown in the science of reading that can have no child left behind is to teach kids the correct pronunciation of phonemes. Let us discuss this.

whose pronunciation is correct?

The only way to teach the correct pronunciation of phonemes is not to add extraneous sounds as has been done around the world for decades. Teaching consonants with extraneous sounds is the main cause of kids being unable to decode.

If we start teaching kids’ phonemes without extraneous sounds, no kid will be left behind.  I would be more than happy to educate teachers and parents who are interested in finding out why kids are able to read in Malay but not in English. Let us zoom.

Here are extracts from the link provided by Dr. Rachael and my comments.

This is what gives science its credibility: the systematic search for answers coupled with a willingness to acknowledge uncertainty.

I systematically searched for answers which scientists/ researchers from the Anglosphere cannot do as they speak only one language.

I tested my students on their reading in Malay and Han Yu Pin Yin and searched for answers as to why they could read in both the languages but not in English.

The Anglosphere guys have a standard answer to this and that is that Malay and Han Yu Pin Yin are shallow languages while English is deep. Yes, English has a deeper orthography than Malay but is that the reason why many kids are unable to read in English?

Torgesen and a network of researchers quantified the extent to which early reading failure could be prevented if beginning and early reading instruction focused on “foundational skills.”

Early reading failure could be reduced if instruction focused on the foundations of word recognition—letters and sounds, phonemic awareness, and knowing how to use letters and sounds to read words.

Reading failure will not only be reduced but eliminated if the correct pronunciation of phonemes is taught from the onset.

Phonics, decoding, and associated skills provide no immunizations against poor reading outcomes. But they do provide a foundation upon which we must build.

From my several discussions with Dr. Torgesen I believe he does not know the real reason why many kids fail to read.

Most important, there’s still a great deal we don’t know about how to assure virtually all children become successful readers. As researchers Sharon Vaughn and Jack Fletcher point out, “There are some rather large holes in our collective knowledge.”

I know how to assure virtually all children can become successful readers and I have written about this for more than a decade.

It is researchers such as Sharon Vaughn who bring disgrace to the name researcher. In 2010 I wrote to her an introductory letter which was responded immediately. I followed up with an email disagreeing with her statement that phonological awareness deficit is the cause of dyslexia. I never did receive a response as she had jumped on the bandwagon without having checked the veracity of the statement that dyslexia is a result of phonological awareness deficit.

The collective knowledge has rather large holes because as far as the Anglo Sphere researchers are concerned if they have not thought of an idea then it cannot exist. ‘Show me the research reports and I will believe you’ (Timothy Shanahan).

Note : Here is one of my discussions with the Giant on Phonological Awareness deficit, Dr. Joe Torgesen.

Posted by Luqman Michel at 3:55 PM