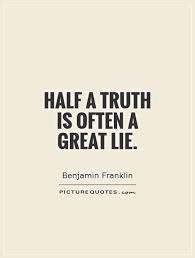 Here are some extracts from Dr. Sam Bommarito’s blog post and my comments.

We know that SOME (not all!) Science of Reading Advocates use half-truths and misdirection to promote a very limited and limiting way of teaching.

We know that some SOR advocates use tactics like swarming, personal attacks, and misinformation to dissuade educators with views other than their own from speaking out. I call those advocates the “my way or the highway” crowd. I’ve personally experienced the tactic of misinformation, and I’ve been swarmed many times. But not all advocates of direct instruction agree with the pronouncements of the “my way or the highway” crew. A well-known advocate of direct Instruction has accused some SOR folks of “making that stuff up” when it comes to their claims about the efficacy of the long-term use of decodables.

I don’t understand why they have made educational discussions like religious debates.I am willing to listen to a Christian, a Muslim or a Hindu or a person of any other religion as long as he talks about his religion – talk about the goodness of his religion. However, almost always most of these fanatics will somehow or rather start condemning other religions that they know nothing of.

Similarly, I find many of the SoR proponents condemning other methods of teaching instead of talking about the effectiveness of whatever it is that they are promoting.

As I have mentioned, I am not a proponent of F&P or Lucy Calkins. I know next to nothing about their books. What I know is that many have used their book and recommend them highly. But, why would SoR proponents keep talking ill about these books or method of teaching?

Haven't we had kids becoming successful readers using their (F&P and Lucy) books?

Are there no kids who have used phonics and are unsuccessful readers?

I am a centrist and I use phonics, memorisation of Dolch words, context clues, patterns, and analogies to teach my students to learn to read. I use all the tool available.

I too have been swarmed and personally attacked by many of these ill-informed so-called educators.

When they cannot respond they block me. I have never blocked anyone at all as I have always believed that I can always learn from anyone and everyone.

Here are a few sample blog posts on some of the most stupid things anyone can ever say:

iii.                 "Unfortunately, too many of our nation’s students spend the first year or two in school focusing primarily on reading texts by sight-memorizing words and story patterns through leveled texts, with few or no words that can be sounded out based on phonics skills. " LINK

I recognize that the “my way or the highway” advocates may never alter their views. But as I explained four years ago, even if they win, they will lose. They call for replacing everything with their approach and only their approach. Like all the times this has been tried before, their approach works for many but not for all. They are once again trying to move the pendulum from one extreme to the other. Historically that has always resulted in the pendulum shifting yet again.

Dr. Sam said ‘their approach works for many but not for all’.

Now, let me ask you, has there been any approach in the last few decades that has worked for all?

If none has worked for all, should we then not ask why has no approach worked for all students. Stop kidding yourself with the ‘One size does not fit all’ idiom which is repeated by many without a second thought.

Is Dr. Sam suggesting that one should not teach consonants with extraneous sounds because ‘one size does not fit all’?

Every beginning text scheme that has been tried has not worked for all students because of one simple reason – the sounds represented by consonants have been taught wrongly. It does not matter whether it is controlled vocabulary readers, predictable texts, decodables or any other text scheme; if the kids are not confused as a result of being taught the pronunciation of consonants wrongly no kid will be left behind.

Listen to my video on this. LINK

Posted by Luqman Michel at 2:47 PM

Well done! I especially want to call everyone's attention to your very last comment about teaching consonant sounds wrongly. When we add a schwa sound to the consonant e.g. "tuh" for t instead of a voiceless "t" it sets children up for failure. Too often they add the extra sound in when sounding and get totally confused. When in-servicing teachers about teaching phonics that is the very first point I make. And I agree with you that teachers teaching it wrongly is one of the reasons that phonics instruction can fail to help. Thanks for this post! Dr. Sam (@doctorsam7)