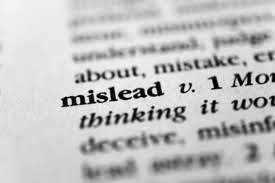 The following is a Twitter discussion/debate I witnessed on 23.11.2020.

It started off with Pam Kastner making a sweeping statement. I asked a simple question based on what she had said and she has not responded. (I am told by a good Twitter friend that no one needs to respond to any questions asked. See note below.)

Following the above, I for the first time on Twitter saw a teacher, Erin Harrington, asking and answering questions exceptionally well. I salute her.

The following are the tweets and my comments.

1/"Unfortunately, too many of our nation’s students spend the first year or two in school focusing primarily on reading texts by sight-memorizing words and story patterns through leveled texts, with few or no words that can be sounded out based on phonics skills. "

2/"Is this the case with your students? Phonics instruction with follow-up reading in decodable, phonics-based texts is a strategy that works best."

Roughly how many schools are focusing primarily on reading texts by sight memorising words, please?

My comment: I believe Pam Kastner’s sweeping statement is meant to mislead the masses. Pam Kastner is the person who tried to mislead by saying I suggested teaching Dolch words by visual memory. She and her phonics proponents have been trying to discredit me by stating that I have said things I have never said.

Read about this here. https://www.dyslexiafriend.com/2020/04/visual-memorising-my-twitter.html

I believe it is irresponsible to make statements like that made above by Pam Kastner and then not respond to rebuttals.

I also believe that anyone who says anything on Twitter or on any other social platform should be accountable for what one has said.

Here is another sentence from the above which is difficult to believe – ‘with few or no words that can be sounded out based on phonics skills.’ I have not seen the levelled text she is speaking about but I cannot imagine any book where no words can be sounded out using phonics. AND she is a phonics proponent!

Note: This Twitter friend who said that no one has to respond to rebuttals is, believe me, a retired teacher. So, is she and many others who have said similar things on Twitter saying that they can say whatever they like and mislead as many people as they like but are not accountable for what they have said?

The following is the rest of the Twitter discussion which was between Narell and Erin. Both are teachers.

Fountas & Pinnell is ubiquitous in US. I did a comparison of their assessment program w/ Harcourt Trophies, a very popular basal program. In May of K, kids should be at Level E. The Level E tests have 106 unique words. Of these, students have been taught how to read 39. Cont.

Fountas & Pinnell is an excellent resource for my classroom. We are teaching children to read print, aren’t we??

That’s the goal, yes. My question is why the assessment asks them to do things (read words) they have not been taught to do. (High light is by me)

It’s like trying to assess if kids can add by asking them to draw a triangle.

So you’re saying every letter sound must be taught before children are allowed to read words?

I’m saying that when we check kids progress, our assessment should be based on what we’ve taught them. (High light is by me)

So you only assess what you have taught? Sounds controlling?

The ultimate goal is reading and the learning should be transferable. Teaching <a> is æ and providing a book, where every word the pronunciation of <a> is æ -is a bad test. The learning is not transferable to ‘was’-the real world.

My comment now. I had tagged Narelle on several Tweets and referred her  to my YouTube video at

I believe many teachers do not teach kids that many letters represent more than one sound. I have been saying for the past 10 years that this is one of the reasons that kids shut down/ disengage from learning to read. This was the same question that was asked by Jedlie in his Podcast with Dr. Kathryn Garford which she did not answer. Refer to my post at

It is also possible that many teachers are unaware that letters represent more than one sound.

Re Decodables should we say "In this book the letter a is representing the sound a (in ant) but there are lots of words where an a represents different sounds", so that 1. kids know this upfront 2. when 'was' crops up it can be 'taught' at the time and reinforced again and again.

No. What I’m saying is, if I haven’t taught students that <ph> can spell /f/, then the word “elephants” should not show up in an assessment to check their reading progress.

If I’ve taught them all the PGCs to read “bed” in a class, it’s fine to have the assessment be about Deb.

I have zero problem teaching those graphemes concurrently.

I have a problem with teaching <f> only, and then saying that a K is not on track for reading because they didn’t know how to read “elephant.”

Posted by Luqman Michel at 4:16 AM