Reading to respond instead of reading to understand 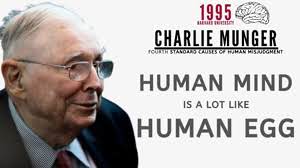 I commented on a tweet by Pam Kastner which was responded by Erin Harrington, Narelle Lynch, Denyse Ritchie and David M. (a grade one teacher in Australia), Dr. Kathryn Garforth and Emily Hanford.

When I clicked on ‘Home’ to skim through what others were tweeting I saw a tweet (in no way related to the tweet above) by Jasmine lane @MsJasmineMN, a teacher.

Too many folks out here reading to respond instead of reading to understand.

What a coincidence as this is what I was thinking about. All those who have tweeted on the three cueing systems, have already made up their minds with whatever they have learned in the past and are unwilling to listen to anything new.

Here is one of several quotes from my blog post at https://www.dyslexiafriend.com/2017/09/facts-dont-change-peoples-minds-heres.html#more

“The human mind is a lot like the human egg, and the human egg has a shut-off device. When one sperm gets in, it shuts down so the next one can’t get in.” — Charlie Munger

The problems with the three cueing systems model are quite extensive and have been addressed by numerous researchers since 1980.

Now, let us look at the tweets.

Sorry to jump in here but at this point I like to ask how does an early reader pronounce/decode words such as liking, baking, toning etc? without syntax &/or semantic cues to support them?

@eeharrington4 Do you have an answer? Please get your SSP folks to give an appropriate response. @dmounty14 what exactly do you mean by an early reader? Grades 1, 2 or 3?

Note: (I later understood that Erin is a phonics proponent and not an SSP proponent.)

To me, David’s response would mean any kid up to grade 3.

I tagged Erin Harrington for a response to David’s question as she is the one promoting phonics; Dr.Kathryn Garforth as she spoke about SSP on her podcast with Jedlie, and Emily Hanford who is the senior education reporter of APM.

Yes! Good question. This is where the phonics approach is lacking, for me. There’s not enough morphology. But when three cueing talks about syntax and semantics, it’s about relationships between the word and the sentence, not about the structure of the individual word.

I asked Dr. Kathryn Garforth the following question to which there was no response.

is there any peer-reviewed material on how to answer the question above? Do SSP proponents have an answer?

I asked this question as she had said that she will not read my posts as they are not peer-reviewed. Had she read my recommended post she will definitely have been able to respond.

Narelle and Erin went off on a tangent and started talking about meaning of words which, I believe, is not what David intended in the first place. So, I asked David a direct question thrice which he did not respond to.

It is obvious that most of these teachers are not aware of the many different sounds represented by letters.

For instance, when I pointed out the sound represented by the letter ‘a’ in awe, although, always, Erin said that it is a schwa in her dialect. I am not quite sure what dialect it is.

Similarly, Narelle Lynch said the following in a tweet:

Now, let us get back to the question asked by David M.

I have requested all the people in this conversation to listen to my 2 videos on the different sounds represented by all the vowels. Had they listened we will not be bickering about the issue at hand.

I teach my students phonics, Dolch words memorisation, and word families. And then, I also teach them context clues when they have learned to decode.

I have introduced word family ‘ing’ in lesson 19.

How do my students decode the word liking?

The sounds of the consonants are straight forward as long as they are not sounded with an extraneous sound.

The sound represented by the first letter ‘i’ is as in the words idea, iron, island.

The sound represented by the second ‘i’ is as in the words ill, improve, in.

How would my students decode the word ‘baking’?

I guess this question is asked as David is not aware of the different sounds represented by the letters ‘a’ and ‘i’.

The ‘a’ in baking is as in the words able, alien, ace.

The sound represented by the letter ‘i’ is as in the words ignorant, ill, improve.

Of course all my former students could read both these words by the time they finished the 30 lessons on my book which is available FOC on my blog.

Posted by Luqman Michel at 3:02 AM