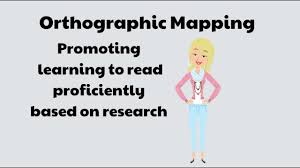 On 22.12.2020 I listened to the live conversation between Kathryn Garforth and Jennifer Buckingham. I asked 3 questions of which 2 were answered. The third one was left out due to time constraint.

From the conversation it is obvious that both these ‘educators’ do not know much about Orthographic Mapping other than what they have memorized from some books.

Here are the 3 questions I had asked:

i.                     Is there any other way of remembering words without using visual memory? (The reasoning for this question will be apparent in my subsequent posts)

Response by Jennifer Buckingham: It is a difficult question to answer. We remember words that someone had spoken to us. If someone tells you their name and it is a name, whether familiar or unfamiliar, you can remember it without having seen it. Having said that you are much more likely to remember it if you have seen it or if they have told you how it is spelled then you can create a mental representation of the spelling and again that is another thing that leads us to believe in Orthographic Mapping as a really solid one.

My comment now: It is obvious that neither the interviewer (Kathryn Garforth) nor the interviewee (Jennifer Buckingham) know much about Orthographic Mapping.

Jennifer said that OM can only be done when one knows the sounds represented by letters. Then, the obvious question that arises from that is how did the person map the name of the person as mentioned in the response to the first question above?

Assuming the person kept repeating the name she heard in her mind would it not be mapped in long term memory?

My comment: As I have mentioned several times in my blog posts, thank goodness kids somehow manage to figure out how to connect the correct letters to words despite being not taught the sounds represented by letters correctly. In other words, they have been taught the incorrect sounds represented by letters wherein their teachers added extraneous sounds to the pronunciation of consonants, and yet they can decode.

I have posted 2 videos of current university students in Australia who both sounded out the sounds represented by consonants wrongly and yet were able to read the nonsense words in Dr. Kilpatrick’s book spontaneously.

You may view the 2 videos each in the post here and here.

We seriously need to think how these two students learned to map the letter-sound correspondence and orthographically mapped them out in their brain.

I also posted an article about a Filipino lady who studied in Philippines and has been working in Australia for several years. She, too, read the sounds represented by consonants wrongly and yet was able to read a bible passage fluently. How did she manage to do it?

I suggest that both Kathryn and Jennifer ask a few adults to read out the sounds represented by consonants and see for themselves how they pronounce them. Then get them to read a passage from any document.

Posted by Luqman Michel at 2:12 AM

First of all, this conversation was promoted as an informal conversation about Orthographic Mapping(OM). Our intention was to keep things very simple and basic so that it could serve as an introduction to individuals who are new to the concept. We did not want to overwhelm people with new too many new concepts and bombard them with references and works to look into further. At the end of the conversation, we mentioned some resources people could go to for more information.

Dr. Buckingham and I could easily have a conversation about OM at an academic level, discussing what neuroimaging studies have found and drop the names of different professionals and articles... BUT that wasn't the point. There are so many teachers and parents out there that have never heard of concepts like orthographic mapping and phonological awareness before. This conversation was aimed at them and answering any questions so they could understand the answers.

This conversation was not targeted at an individual such as yourself that knows the literature around orthographic mapping and understands the concepts related to it.

Secondly, there is a difference between a word that has been orthographically mapped and one that has been memorized.
When an individual can read a word because they have orthographically mapped the word, they have made connections between the phonological lexicon, semantic lexicon, and orthographic so they can read this word by sight within a fraction of a second. They will also should be able to provide someone with a basic explanation for why the word is spelled that way.

When an individual has memorized a word, they may still have the ability to recognize it rapidly, but they cannot provide an explanation as to why it says what it says. When words are memorized it is more a case of reciting just as one has memorized something like a phone number.

When individuals first begin to read, there are a limited number of letters and sounds that they have been exposed to. However, there are several high-frequency words that are not phonetic with basic phonics. Students are often taught to memorize these words so that they can read a passage of connected text. As the student's skills advance and they are exposed to more phonics and spelling conventions of the English language, they go from having these words memorized to have them as a word that is orthographically mapped.

Dr. Kathryn, Thank you for your comment.
Answering the first part of your comment - I understand that you are targeting those who do not know about Orthographic mapping.
First of all, I have nothing personal against you or anyone else on Twitter. I do not like irresponsible people misleading the masses.

In this conversation between you and Jennifer, there are too many matters that have been said that are misleading and irresponsible. I have detailed all of them.

Do get Jennifer and discuss all that I have disagreed with and please respond. You are one of a few who does respond to queries. I appreciate that. This way readers will definitely benefit.

I will respond to your next part later this evening. I have a hospital appointment and a few urgent matters to attend to.
Stay safe, my friend.

Dr. Kathryn, the second part of your response has nothing to do with the questions I have asked. Please respond to each one. Liaise with Jennifer Buckingham and give your response as this is something that is very important for parents and even teachers.

Is there a point in responding to these questions if you feel I don't know what I am talking about? I was trying to show that I have more than a surface understanding of Orthographic Mapping.
In the past, Dr. Buckingham has stated that she does not respond to your comments. You are welcome to contact her yourself but I will not be an in-between.

Dr. Kathryn, yes, there is a point. When you are informed that there are many matters in that conversation that may mislead many listerners you and Jennifer, as responsible educators, should take down the YouTube.

Did you apologise on Twitter that you had mistakenly accused me of not approving your comment? I have explained to you that all comments are allowed without moderation.

You are the only one who has mentioned problems with this video and we have a lot of positive feed back from many experts in the field so it is staying up as is.
The video is not saying here watch this for everything you will ever need to know about Orthographic Mapping. It is a candid conversation between to professionals targeted for people who want to learn more about Orthographic Mapping in a casual manner.

ii) There are teachers who get students to memorize the shape of the word, this is not something that I suggest or feel is a valid reading strategy. As I said before there is a difference between a word that has been orthographically mapped and rote memorized though both can be part of the individual's sight vocabulary.
iii) In this questions I assume you are referring to the extraneous vowel sounds when teaching phonics. There are several individuals who learn how to read this way and they realize the extraneous vowel sound is being used to exaggerate the sound. Just as someone may draw out the sounds or syllables in a word when they are trying to emphasize it.

Dr. Kathryn, I may be the only one who has mentioned the problems on that video. It does not matter how many positive or negative feedbacks you get. The important thing is whether what I say is logical.

The choice is of course yours whether to leave the video for the whole world to see and be misled or otherwise.

As always, I wish you well.

ii) I have asked this question to many of the SSP proponents on Twitter but I do not get a response. This is something someone has written years ago and now repeated as if it is the Gospel truth. Tell me one school from whereever in the world who teach kids to memorise sight words by shape.

iii) If only you bothered to read my post on extraneous sound based on Dr. Kilpatrick's book you will not have to assume this. The basic problem with you is, as you mentioned,you will not read any non-peer reviewed materiasl.

I had asked you to see my name mentioned in the acknowledgement pages of the 2 books written by Dr. Kilpatrick. If you had done that you will not tell me that you won't read my posts because they are not peer reviewed.

This goes to show you want to argue for the sake of arguing. Again if you had read my post on how phonemes are to be pronounced you will not say what you have just said.

I strongly suggest you get a copy of 'Shut down kids' available on Amazon.com. OR you may read the unsolicited book reviews on Amazon.

Feel free to write to me at my email address and let us talk.