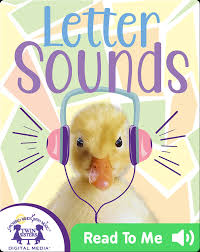 Many teachers are unwilling to discuss with an open mind. They are like the prince in an Indian fable who had caught a three legged rabbit and started proclaiming that all rabbits are three legged.

They are exactly what Charlie Munger had described about the human egg.

I cannot believe that senior teachers are not aware of the many different sounds represented by letters.

One of the reasons for kids shutting down from learning to read is the confusion caused by teachers not telling the kids at the onset that letters represent more than one sound.

I have already written about Dr. Kathryn Garforth who did not/ could not answer the question by Jedlie on his podcast. You may read the post on this here.

For those new to my blog please listen to my 5 videos, which will take less than 15 minutes, on why kids shut down from learning to read. Here is the first of the 5 videos.

Teachers need to understand that the sounds represented by letters in the English language are crucial in phonics.

The 26 letters represent 44 sounds individually or in combination.

If a teacher like Pat Stone, from England, who claims to be an expert can suggest that the letter ‘i’ represents 4 sounds, then something is really wrong.

Erin Harrington, from the US, who responded well to all the questions by Narelle and Pat also tried to snake her way out by talking about dialect difference.

For those interested in reading the details, here are some Tweets on how uninformed teachers are.

The ultimate goal is reading and the learning should be transferable. Teaching <a> is æ and providing a book, where every word the pronunciation of <a> is æ -is a bad test. The learning is not transferable to ‘was’-the real world.

My comment: Of course, the ‘a’ in apple is not transferable to the ‘a’ in was.

Please listen to my videos on the different sounds represented by the letters here.

Not transferable -‘was, Lachlan, ball, class’. Teaching one thing and student’ have to overthrow the process along the way.

My comment: No, we don’t have to teach all the different sounds represented by letters in one day. As long as we have told kids that letters represent more than one sound they are not likely to be confused.

Oh, like Lachlan and ball—if we teach only <a> is /ae/ and the kids ask well what about Lachlan, we might say it’s an exception. I’m agreeing with you that this is unhelpful!

Why would the word 'ball' be an exception? I thought this is one of the 5 sounds represented by the letter 'a'.

A as in all, awe, awful, always, although.

Herein lies the problem which I have explained in my YouTube video.

It is not helpful because the word ‘on’ (‘simple code’) is not harder to learn or has any reason to be learnt before ‘no’ (‘complex’)-both containing graphs. There is only one code and it is absurd to order words. Student’s need access to words for reading and written expression.

My comment: I don’t understand why the word ‘on’ is a simple code whilst the word ‘no’ is a complex code. I asked Narelle to explain but there was no response.

The sound represented by the letter ‘o’ in the word ‘on’ is as in the words occupy, offer, office.

The sound represented by the letter ‘o’ in the word ‘no’ is as in the words oat, obey, old.

If you are teaching a child <a> is æ apple on the ‘systematic’ (not true) continuum and they read ‘was, ball, fast, gave, came, play...’, they have read using a whole language approach, waiting for the teaching to catch up-the irony.

‘Guessing’ -is a myth. Context often decides the pronunciation of an unfamiliar printed word for a beginner reader and not just for homophones. Is ‘home’ read as /həʊm/ or /hum/ (some, come)? Context can decide so students are not just stuck at phonics.

My comment: Any child who has been taught the letter names will know that the sound represented by the letter ‘o’ above is per the letter name. I have explained this on my video here.

For the ending ‘e’ please see the notes towards the end of this post.

Erin Harrington responded to tweets by Narelle Lynch and Pat Stone well. However, I am disappointed that even she (Erin) decided to defend herself that the ‘a’ in the words awe, although, always, is a schwa in her dialect. I honestly don’t know what dialect she is talking about. Do teachers in schools teach in different dialects?

Here are the tweets between Erin and me.

Nope! I can read that word (was) completely out of context.

And the vowel sound is reduced because unstressed.

Only in homograph situations do you need context to (an example) read a written word correctly.

It's not in my dialect, but I can't speak to all dialects! For me it's a schwa.

Are the sounds of the letter 'a' in the following words also schwas?

A as in axe, accent,

A as in agree, allow, arrive,

AND why the 'for me' in the bracket?

I can’t speak to how those words are pronounced in variations of English besides my own.

Unfortunately, this is where phonics folks and WL folks appear to be together. Both parties appear not to accept that letters represent more than one sound. I have given the 5 sounds represented by the vowel 'A'.

No, they absolutely represent more than one sound.

But there is regional variation in how specific words are pronounced. So when you ask whether a specific sound appears in a specific word, I can only answer for my dialect of English.

Sorry, only the second rows are schwas for me!

Erin, I believe you are a little confused. Earlier you mentioned that all, although, always, awe, awful are schwas, now you are saying the second row are schwas.

No, I was saying that the vowel sound in “was” is a schwa, different from the other examples you gave.

My comment: I believe Erin is confused with the reduction of the word ‘was’ in American English conversation. I don’t believe this is how an American kid will be taught to decode the word was.

I also do not understand why the 2nd row of words viz. ‘A as in agree, allow, arrive,’ are schwas.

The fact remains that many letters, including consonants represent more than one sound.

Here is another retired teacher from England who tweeted the following:

Kids in Liverpool know a football player called Mane, pronounced mané. If mane as in what horses have comes up and they say mané, they will lose that mark.

My comment: If we had taught the kids the various sounds represented by the letters they will know which sound is the appropriate one to use to read a particular word.

I find this last page of the 2015 PSC particularly problematic, cruel even, for 4 ways to make the i sound to be included and have to be pronounced correctly, when the kids have spent 2+ years doing ‘plausible phonic decoding’.

There are only 2 different sounds of the letter 'i' in the examples above.

When a syllable has only 2 vowels, and “e” is the last letter of the word, the first vowel is usually long while the “e” is silent. (Bike, Make, Sale, Inside)

Dropping the “e” for -ing

Words with the silent “e” drop the “e” for their present participle. (Make/making, Bike/Biking)

Phonics prepares you to read, so that you can understand the knowledge found in words.

There are a variety of dialects in English and as it is a living language I am sure that more will develop. A Scot, Kentuckian, Indian and Australian all speak English but almost any other English speaker will have to work hard to understand them. Thus while ‘rules’ make it possible to get you into the game (of speaking English) how they are actually applied is more of a regional agreement.

Thank you Rick D6 for your comment. I understand exactly what you mean by regional variety as far as speaking English is concerned.
I have been to Australia where they have asked me 'Did you come to Australia 'to die' when they meant today.
Also, they have said there is a bison over there when they meant 'basin'.
But that is not what we are talking about here.