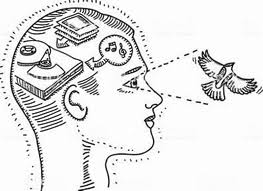 I am writing on visual memory again as there is a discussion on it on Twitter.

Most teachers assume that words are stored by visual memory. This is not an accurate assumption. Some of the phonics proponents say it repeatedly. So much so, that they have begun to believe their own lies.

I read your link—I understand that you’re not having students learn by word outline (the shape of the “boxes” around the letters) but what are students using to memorize a word as a whole if not visual memory?

Right, so proficient readers haven’t visually memorized the words they know. But when Ks are given a list of words to memorize, how are they supposed to do that except by memorizing the look of the word?

Coincidentally I saw the following tweet by Debbie Hepplewhite who has blocked me. She obviously has blocked me so that I will not be able to rebut.

It's not uncommon for people to refer to 'phonics' 'not suiting some children' which implies there really is 'something else' or 'some other method' to teach children. Like what? Learning thousands of words by global shape? No, provide better phonics content.

Note: I hope readers will understand why many of these so-called teachers block me. They block me as no one else is daring enough to challenge them on the misleading statements they make to promote their wares. Dr. Kathryn Garforth to take note.

Scientists have long discovered that we create our sight vocabulary by word mapping and not by visual memory.

We can reduce illiteracy once these phonics and SSP proponents realise why many kids are unable to read.

The most common type of reading problem is the word recognition problem. This affects reading comprehension because students direct their attention to figuring out words. Because of this, little attention is left to focus on the meaning of what they read.

These students struggle with decoding due to difficulties with phonemic awareness, phonics or blending.  As mentioned several times on my blog, the most common cause of lack of phonemic awareness is teachers teaching the wrong phonemes of consonants.

Kids can add to their sight words by memorising the high frequency words by rote memory. NOT by visual memory as many of the phonics proponents, including Erin and Debbie, try and convince the public.

I believe this assumption that we store words based on visual memory could be a reason why many kids have reading difficulties.

If we think just for a moment, we will know that we cannot be memorizing words by visual memory and by shape as suggested by Erin in the Twitter discussion and by Debbie Hepplewhite who is trying to sell her wares.

If we had memorized words by shape how are we able to read the following sentence?

I WeNt to MARKET yesterday to buy some carrOTS, potatoes , cabbage, radish  and some onions.

Posted by Luqman Michel at 6:03 AM