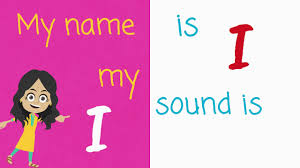 My post yesterday and this post should confirm that most teachers are unaware of the different sounds represented by letters. I am not basing this only on the 4 teachers involved in the Twitter discussion but on many other teachers I had discussed this with over the last 10 years via emails, on LinkedIn, Twitter, and Face Book.

Teachers not informing kids that letters represent more than one sound is the 2nd matter I have recorded as the cause of kids shutting down from learning to read.

The letter I represents 3 sounds as per my video at https://www.youtube.com/watch?v=2AdR_6d20bQ

I as in idea, iron, island

I as in improve, ill, ignore

I as in irk

The following is the twitter discussion, between Pat and me, for posterity.

“If a teacher like Pat Stone, from England, who claims to be an expert can suggest that the letter ‘i’ represents 4 sounds, then something is really wrong.” (Luqman Michel)

I suggested no such thing. I said the same sound is spelled 4 different ways.

In those 4 words, the i as in light was spelled 4 different ways.

I said this was unfair to kids doing the PSC test. Nothing else is relevant to the argument I made.

I have asked you specific Q's that need specific answers.

Good, and this is what I have said is the 2nd problem in kids being unable to read. They shut down when teachers do not tell them that letters represent more than one sound. Again, we are only talking about kids who disengage from learning to read.

You said I claimed i had 4 different sounds.

I did not say this.

How many sounds does the letter 'i' represent?

Could you give an example of each?

Plus the one you didn’t want to tell us about.

My comment now: If Pat and Narelle had listened to my YouTube videos this discussion would be unnecessary. I had highlighted my blog post and my video to Narelle more than a month ago.

This is an invitation to those who refuse to listen to a 3-minute clip I had spent much time producing. If you had listened to it, we won't be having this discussion. Why do people shoot from the hip?

Hello, I do not demand anyone to listen to my videos. However, if you want to discuss matters and refuse to listen or read links I honestly do not understand how we can have a discussion. I do not link to external links. I only link to matters I have written.

Pls address the issue that you make erroneous claims about me.

So when you make erroneous claims about what I have said, and then move on to some other issue when I challenge you, what am I supposed to do /  say ?

My comment now: I had avoided her question but this was the 3rd time she had asked me to respond and I did as follows:

What are the 4 ways?

I was questioning the fairness of testing kids on these i representations.

My comment now: Why is it unfair to test kids on the above ‘i’ representation? If we have taught kids the proper pronunciation of sound of letters and that letters represent more than one sound any kid will be able to read all those words assuming it is in their oral vocabulary.

There are only two sounds represented by the letter ‘i’ in those 4 words.

I am still wondering what she means by the above statement. The same sound represented by a letter can appear in hundreds of ways. A as in apple, axe, ample, accent and on and on.

This is exactly the same problem with Narelle Lynch who has been writing about the word ‘was’ for weeks. Refer to my post yesterday for details.

Posted by Luqman Michel at 4:34 AM