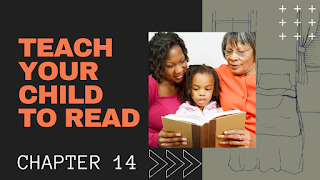 In the last two days, 1st and 2nd December 2020, I have had discussions on Twitter with a teacher named Erin Harrington. She is an SSP proponent who insisted that High Frequency words are memorized, by Whole Language kids, by visual memory.

The above is not a correct assumption. One of the reasons why there is widespread reading difficulties could very well be due to this assumption that we store words using visual memory.

As far as I know we use visual memory for memorizing letter shapes and names, numbers, objects and faces of people. We do not memorise words by visual shapes as has been suggested by Erin and her phonics proponents.

You may also suggest that he writes each of the sight words introduced in this lesson five times in an exercise book.

In this way he will not only be able to read the word when he encounters it while reading but will be able to spell it when he has to write a sentence.

If he is able to spell all the Dolch words introduced in these lessons he will be able to read 50 to 70 percent of the words in most children’s storybooks.

Posted by Luqman Michel at 6:38 PM