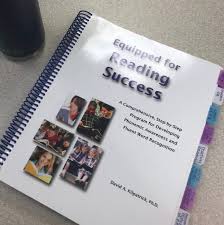 The above is extracted from ‘How to teach the letter sounds’ from the book ‘Equipped for Reading Success’ by Dr. David Kilpatrick.

He asks what language is that and explains that it is English and the words are cat, tug and get respectively.

He continues; ‘Did you have a hard time identifying them? Yet this is how we often present letter sounds to kids: /c/ /a/ /t/ as cuh – ah – tuh. However, c does not say cuh. The letter t does not say tuh. So we must not tell kids that these are the sounds of those letters! Do not add a vowel sound (usually a short /u/ sound) to consonants when you model the letter sounds in isolation. Adding vowel sounds to consonants in isolation disrupts the process of oral blending when students sound out words. Just like you had a hard time sounding out cat, tug, and get because of those extra sounds, children also struggle when they sound out words if they think t says tuh and b says buh.”

Now, let us join the dots between my emails in 2017 and current tweets of Emily Hanford and mine.

I had specifically written to APM Reports and Emily Hanford that the main problem with many kids being unable to read is caused by teachers teaching the phonemes wrongly. The teachers are adding extraneous sounds represented by consonants.

I told Emily Hanford of APM Reports about this in 2017 and reminded her about it in January 2019 and tweeted her this year.

Why did she not report on this? Don’t forget she quotes from Dr. David Kilpatrick’s book which means she has read his book.

Is it possible that she is prevented by people with a vested interest? Is the media APM independent?

The same question may be applied to Dr. Nadine Gaab.

Are Pamela Snow and Jennifer Buckingham that naive or are they puppets directed by those with a vested interest?

I pray that teachers and parents of kids will take this matter up with schools and make sure that kids are taught the correct pronunciation of phonemes of letters. When this is done correctly, kids who waste time figuring out how to read will be able to read sooner.

The kids predisposed to shutting down when confused will not disengage from learning to read.

This will result in improved literacy and will end the Reading Wars.

There will be no room available for educators, researchers or scientists to suggest whole word teaching.
Posted by Luqman Michel at 4:17 AM