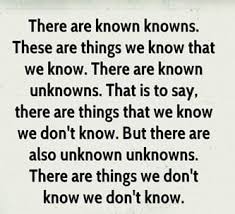 I read the following that was linked to a tweet yesterday.

Beliefs about learning—once established—tend to be deep-seated, difficult to change, and have a considerable impact on one’s motivation, behavior, and achievement (Bandura, 1997; Pajares, 1992). Thus, it is important that people have adaptive rather than maladaptive views of learning.

I feel so stupid that I believed what I was told instead of questioning authority and evaluating the research for myself.


Unfortunately, very few people care to think. They keep repeating what they have been told. When I wrote that Dolch words can be learned by rote memory many Systematic Synthetic Phonics (SSP) proponents criticised me. They even tried to mislead others to believe that I was talking about visual memory when I was talking about rote memory.

Another person on tweeter who I believe is not into SSP tweeted the following.

Read the researchers I listed. All will show you that memorizing sight words is one of the most harmful techniques in teaching children to read. If you teach children to read by memorizing Dolch words, is irresponsible.  Teach them how to decode
The Dolch words do not need to be memorized. Most of them can be decoded.

My comment now: I have known for a long time that most of the Dolch words can be learned using phonics. But what is the big fuss about learning the Dolch words by rote memorisation if it works well?

Read my post here on memorisation of Dolch words.

AND we are supposed to swallow that, hook line and sinker?
I get my students to learn the 220 Dolch Words - regular as well as irregular words by rote memory.
Any child can do this with ease.

False. And disputed by science. And the thousands of children who cannot read.

Thousands of children are unable to read not because of learning the Dolch words by rote memory but because teachers are teaching the wrong pronunciation of phonemes of consonants.

What is disputed by science? Be specific.

Ineffective instruction is indeed a problem. Teaching memorization of Dolch words is one of those methods of inappropriate instruction. Research? Check out McCandliss & Noble - also Dehaene  - also Ehri - shaywitz... and many more

The article she attached says the following:

Beginning readers who focus on letter-sound relationships, or phonics, instead of trying to learn whole words, increase activity in the area of their brains best wired for reading, according to new Stanford research investigating how the brain responds to different types of reading instruction.

Thank you for your work! Our readers have had most success w/ irregular HFWs when we decode the sounds represented as expected and find the letter or 2 that represents an unexpected sound (at least for now) as the heart part.

Thank you. I understand. There is no one way for learning many things. What is irresponsible (not you) to say is that whole words cannot be learned by rote memory.

You do your way and let others do the way that they deem fit for them.1/x

Having said that, I maintain that there is only one correct way to teach the pronunciation of phonemes of consonants.
Teach them without extraneous sounds and reduce illiteracy.
I will challenge anyone on this matter. 2/x

Posted by Luqman Michel at 4:43 AM