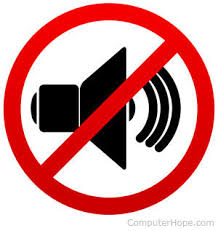 This post is in response to the educators, Pamela Snow, Jennifer Buckingham and Paul Thomas, who have suggested to mute my tweets. This is obviously because they have no answer to my question and cannot understand my explanation on why kids leave school as illiterate.

If educators are stubborn and shoot from the hip without reading my posts how are we ever going to end the Reading Wars?


I have tweeted for more than 3 months on why kids leave school as illiterate. This is in addition to my blog posts since 2010 after 6 years of teaching so-called dyslexic kids.

The most important reason why many kids are unable to read is the fact that most schools around the world teach consonants with extraneous sounds.

I believe that if we teach the pronunciation of phonemes correctly almost all kids will be able to read at the end of the first year in school.

Dr.Nadine Gaab has asked me to refer to books including that written by Dr.David Kilpatrick.

Similarly, Emily Hanford had copied page 32 of Dr.D. Kilpatrick’s book and posted it in response to my tweet.

Pam Kastner too had referred me to his books.

I would like you all to know that I have many books in my own library which I refer to.

As for Dr. David Kilpatrick’s latest two books referred to above I have read the manuscript at least 3 times before it went for printing and no less than twice once the book was published. There are many chapters in both the books that I have read tens of times.

Both books were complimentary copies by the author.

I have also received complimentary copies of books by Jill Stowell (in 2010), Liz Dunnon (2010) and Dr.Richard Selznick.

I have a certificate to teach dyslexic kids that I received in July 2005 from the UK. I also have several books bought from the UK when I did my course.

I have also read hundreds of blog posts on dyslexia and commented on many of them.

I have discussed matters with parents of dyslexic kids and responded to comments from them on my blog.

More importantly, I have successfully taught more than 70 kids on a one on one basis and observed and ‘interviewed’ them over 15 years.

These educators should be willing to discuss/debate with me instead of sticking their heads into the ground.

Posted by Luqman Michel at 4:07 AM