Teaching methods not as important as curriculum (Greg Ashman) 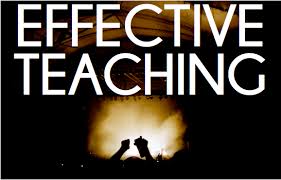 Here are some extracts from Greg Ashman’s post and my comments.

We need an early phonics check, like the one recently trialled in South Australia, to ensure that readers are not lost to literacy early. As many phonics advocates have maintained, let’s place a warning sign and a fence at the top of the cliff instead of parking an ambulance at the bottom of it.

My comment: I have quoted Desmond Tutu a number of times: ‘There comes a time where we need to stop pulling people out of the river. We need to go upstream and find out why they’re falling in.’

I have gone upstream and have determined why kids fall into the river. It is the Anglophone world that has not accepted my findings.

How does South Australia do early phonics check when many schools do not teach sound-symbol skills correctly?

If we do not want readers to be lost to literacy early then we should teach the proper sounds represented by consonants.

What about teaching methods?

You may have noticed that none of my proposals relate to the way teachers teach, even though this is a frequent subject of discussion on my blog. This is because I don’t think it is as important as curriculum.

Obviously, none of the proposals I have outlined will happen in Australia. Too many people have invested time and credibility in the current system.

Yes, there are too many people with a vested interest who will prevent kids from learning to read. More importantly many of these Australian educators such as Jennifer Buckingham and Pamela Snow who can make a change have an ego which prevents them from accepting the truth or are being controlled by those with a vested interest.

Effective teaching strives to motivate and engage all students in learning rather than simply accepting that some students cannot be engaged and are destined to do poorly. I believe every student is capable of achieving success at school and this can be done by a proper method of teaching especially during the foundational years.

'You cannot hide the moon, the sun and the truth for too long.'

Posted by Luqman Michel at 4:30 AM

Here is an expansion on what an early years teacher in Australia, Narelle Lynch, had once tweeted.

The kid will obviously use yellow, green and black and will fail in his assignment.

AND then the teachers will call him colour blind. This is similar to kids who are taught the pronunciation of phonemes of consonants wrongly.