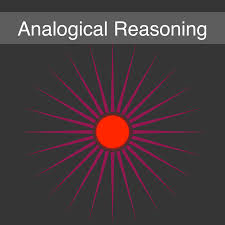 Here is another video clip in this post where the phonemes represented by letters are read wrongly and yet the university student in Australia is able to read the nonsense words easily.
https://dyslexiafriend.com/2020/04/idiotic-statement-by-dr-robert-slavin.html

Is she reading using SSP or by analyses?

Here is Sue Lloyd’s Reply to @luqmanmichel @NarelleLynch1 and @RobertSlavin

Research, I once read, stated that analogy didn't start until a child had a reading age of 7+. Also we know that some children are able to crack the alphabetic code by themselves. Other children have to be taught precisely how to do it. That's why SSP is so important.

If it is true that analogy starts at 7+ the more the reason to teach the correct sound symbols.

The question is, how did that girl in the video read the nonsense words when the sound symbols she was reading is not in accordance with that taught by SSP?

There was no response from Sue Lloyd or Robert Slavin. How do we progress when questions are not responded to?

I don’t know much about cognitive development but the following is worth a look at. I extracted it from an article found here.

The third level, usually called formal operations (Inhelder and Piaget, 1955/1958), first emerges at age 10-12 in middle-class children in Western cultures. Children develop a new ability to generalize across concrete instances and to handle the complexities of some tasks requiring hypothetical reasoning.

In 1989 Goswami and colleagues proposed a relational primacy hypothesis, arguing that analogical reasoning is fundamentally available as a capacity from early infancy but that children’s analogical performance increases with age due to the accretion of knowledge about relevant relations.

Goswami suggested that children are unable to reason analogically prior to achieving formal operations at approximately 13 or 14 years of age.

There seems to be a consensus, with substantial empirical support, that four of these large-scale reorganizations occur between ages 4 and 18. At approximately age 4, middle-class children develop the capacity to construct simple relationships of representations, coordinating two or more ideas. The capacity for concrete operations emerges at age 6-7, as children become able to deal with complex problems about concrete objects and events. The first level of formal operations appears at age 10-12, when children can build general categories based on concrete instances and when they can begin to reason hypothetically. Abilities take another leap forward at age 14-16, when children develop the capacity to relate abstractions or hypotheses.

Connecting the dots of what I have been writing with the above appears to explain why kids catch up on reading despite being taught the wrong phonemes of consonants approximately at the age of 13 or 14 as stated by Goswami above.

A major percentage of kids are able to read via analogy when they are in the higher primary or early secondary education.

This is the more reason why we should teach the correct pronunciation of phonemes of consonants.

Pamela Snow has complained about university students being unable to write decent sentences.
If a large proportion of students begin to read via analogy only when they are in late primary or early secondary would it then be surprising that they are unable to write correct sentences when in the university? This is something for Pamela Snow to look into.
Posted by Luqman Michel at 4:22 AM