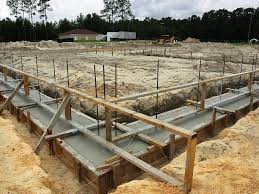 A good foundation is crucial to any building project. It is such common knowledge that it is used as a metaphor for stability in dozens of different scenarios. For instance, basic knowledge in a given subject acts as a foundation for further learning. Our children’s early years’ education is labelled as foundation years.


Early childhood is a time where developmental changes are happening that can have profound and lasting consequences for a child’s future.

Development proceeds in ways that are both rapid and cumulative, with early progress laying the foundation for future learning. Cumulative is the keyword here. A child builds on what he has learned earlier. Many children will not accept something taught which does not reconcile with what has already been learned earlier. Such kids will shut down from learning to read.

Here are extracts from my earlier post on plasticity of the brain.

And the one thing we know about plasticity, which is the capacity to adjust and adapt, is its greatest when the brain is immature, and it is less as the brain becomes more mature.

So the messages that come out of that basic principle of brain development is that getting things right the first time is better than trying to fix them later, trying to adapt to something that was not developed in the best way at the time that it was supposed to be developed.

So the sobering message here is that if children don’t have the right experiences during these sensitive periods for the development of a variety of skills, including many cognitive and language capacities, that’s a burden that those kids are going to carry; the sensitive period is over, and it’s going to be harder for them.

Shaywitz 2003:
In fact, in the first few years of life the brain starts to build a network of connections, or synapses. During this time, the infant's brain is setting the building blocks for future learning. These stages of development are sometimes referred to as sensitive periods, when learning is easier. Language development, for example, is acquired much more quickly in the first 5 years of life.

Basically, that is the gist of my blog posts. If we want to end the reading wars take care of teaching the correct pronunciation of consonants as that is the foundation of phonics.

Jeffrey Bowers and his gang will not be able to challenge phonics proponents if the sound-symbol skills are taught correctly from the onset.

Early input is paramount as stated by Thorndike in 1913.

Here are recent tweets related to the above.

I’m a new fan of @ehanford. What a Godsend for children and parents. Let’s change course , be reading warriors and get the job done for children, parents, AND teachers!

There was a photo from an article as follows:

When children begin school, we cannot predict with sufficient accuracy which children will struggle to learn to read without explicit, systematic phonics instruction and which will not. Therefore, the most ethical and prudent action is to provide all children with the most effective teaching methods, based on the best available evidence, thereby accelerating the progress of all children and minimising the likelihood that any child will struggle to learn to read.

I tweeted the following:

No child will struggle to learn to read if the Consonant sounds are taught correctly.
Read my post at https://dyslexiafriend.com/2020/06/cuhahtuh-tuhuhguh-guhehtuh-drdavid.html
and then let us discuss this.

Emily Hanford then tweeted the following:

This will contribute to many children's struggles, but it's just one piece. There's much more to why kids struggle. And much more that needs to be done to prevent reading failure.

And then comes along Geraldine Carter from Piper Books with the following tweet.

It certainly is only one piece and probably very simplistic to think it is the most important solution. Academics and writers campaigning for evidence-based instruction are inundated with those overblowing one piece of the jigsaw.

AND Pamela Snow liked the tweet without knowing head or tail about what is being discussed.
Is Pamela Snow that naïve or is she working for people with a vested interest who are promoting their products via Amplify.com.

How can we ever end the Reading Wars if educators dig their heads in the ground and refuse to think about hypotheses presented with corroborative evidence.

I am talking about the foundation and these people are talking about everything else. The foundation is not just one of the pieces, as stated by Geraldine Carter, Emily and Pamela Snow above, but it is the most important piece of learning to read.

Having taught children who were unable to read for 15 years I know the importance of vocabulary, comprehension and fluency. However, none of these matters when the foundation is faulty.

Posted by Luqman Michel at 3:43 AM