Plasticity of the brain 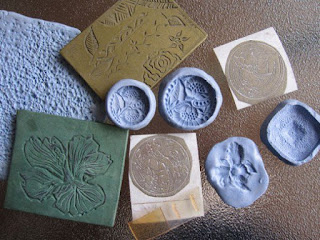 A member of LinkedIn has opened a can of worms in her comments in a post by another member where I had made a few comments.

I think I should explain it in detail so that all readers will understand where I am coming from. That is a very important matter and I will post it next weekend after mulling over it.
Meanwhile, I want to write about plasticity of the brain not only from what I have read but from my
experience in teaching disengaged kids.

In fact, in the first few years of life the brain starts to build a network of connections, or synapses. During this time, the infant's brain is setting the building blocks for future learning. These stages of development are sometimes referred to as sensitive periods, when learning is easier. Language development, for example, is acquired much more quickly in the first 5 years of life.

Please read the above and connect the dots with the following by Shonkoff J:

The one thing we know about plasticity, which is the capacity to adjust and adapt, is its greatest when the brain is immature, and it is less as the brain becomes more mature.
Getting things right the first time is better than trying to fix them later when they weren't right the first time, trying to adapt to something that was not developed in the best way at the time when it was supposed to be developed. If children don't have the right experiences during these sensitive periods, for the development of a variety of skills including many cognitive and language capacities, that's a burden that those kids are going to carry. The sensitive period is over, and it's going to be harder for them.

I saw that kids were not willing to repeat after me because they thought I did not know what I was saying. Read my post at http://www.dyslexiafriend.com/2010/02/unlearn.html

It takes me about a month to get them to unlearn the wrong sounds of letters they have learned.

If I were to draw a graph for each of the children who had come to me, the chart will be similar – a straight line horizontal to the X-axis for almost a month and then all of a sudden a 30 to 45 degree angled line upwards. That is the point where the invisible wall had been shattered.

As explained previously in one of my posts, the brain is akin to a lump of clay. If you impress a coin on it and when you take out the coin the impression is there and it will be permanent. Of course, you can then mold back the clay in a minute and do further work with the clay. BUT how do you do this with the child's brain?

This is what I would like educators here to ponder.

The reason why this has escaped most educators is that, about 80% of kids learn regardless of the way they are taught. It is the 20% that we should be concerned about. ( The % was the same during ‘whole language’ and ‘Phonics’ teaching methods).

Ask yourself as to why this 20% is the figure quoted by researchers all over the world.

The important thing for both the 80% and the 20% is to teach the letter sounds correct in the first place.

If this is done, meaning phonics is taught the way it ought to be, I bet illiteracy level will be reduced.

There will be no more 'Reading Wars'.

This is so easy to check. Any teacher worth his salt can check this out by talking to kids in primary one and two who have disengaged from learning to read. This is no mystery. I have explained this in my blog.