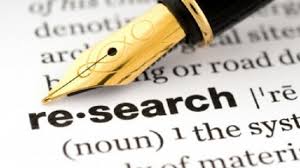 “This post is timely given some of what I saw on Twitter this week as well as some recent questions and responses to my posts.”

My comment: This probably refers to my twitter posts and what I had posted in Timothy’s blog.
Why has he not responded to my comments?


“There is still a great hunger to use research to support one's claims rather than using research to try to figure out what instructional actions to take.”

My comment: Hello, my friend Timothy and co. you don’t need to reinvent the wheel. I have used my own research whereby I had personally successfully taught about 50 disengaged kids over more than 10 years on a one on one basis. This has given me a chance to observe them and talk to them over the years even after they had left my tuition class.

I used my research and have figured out why these smart kids disengage from learning to read. I developed my own teaching/reading material and have been able to wean my students within 4 months of tuition.

“We should be looking at the evidence and trying to make a determination of what it means rather than seeking data that support what we already want to do. And, when such evidence does not exist, we should be very honest about our inability to provide data on a particular question (no matter what our point of view). This idea of cherry-picking evidence to support a position is a misuse of evidence and it is ethically shaky. It certainly does not move us forward as a community that is trying to achieve higher literacy levels in our society.”

I gave up working to be able to do research and figure out why intelligent kids shut-down from learning to read. I did not know anything about why these kids disengage from learning to read and was therefore not looking for ‘support of what I already wanted to do’. I was simply curious as to why these smart kids could not read in the English language.

I don’t know about others but I am not going to believe a word about these guys moving forward to achieve higher literacy levels in our society. Where have they moved after spending hundreds of millions of USD and doing so called research for 15 years?

Timothy and his colleagues will now turn around and say that my research was not done in a scientific manner. Well, that is something I cannot dispute. But let us use collaborating evidences of research reports from scientific sources.

In chapter one of ‘Equipped for Reading Success’ by Dr. David Kilpatrick it is said:
i.                     In a large study conducted by scientists from the State University of New York at Albany, researchers were able to reduce the number of children who require ongoing remediation from the national average of 30% down to about 2%.
ii.                   A study by researchers at Florida State University showed how the most severely reading disabled students could reach grade level- and stay there- using a surprisingly brief intervention programme.

The above two examples question the inevitability of widespread reading failure.

Both Timothy and his colleagues are just unable to connect the dots or are willfully blind for their personal benefit.

What we need to do to connect the dots is to ask ourselves, in the first place, as to why these kids disengaged from learning to read?

What did the researchers do during the intervention period?

How are many thousands of teachers all over the world able to teach these kids and bring them to grade level within a short period of time?


That is what I have been saying since 2010. If children are taught properly in kindergarten and grade one a majority of the kids will not shut-down / disengage from learning to read.

Posted by Luqman Michel at 6:10 AM

My conversation with a friend on Facebook:
Luqman: Hi friend, you were right about Timothy. He does have an ego problem.
My friend: “Yes. He is just a close-minded fool who perpetuates bad teaching practices and theory. A lot of what is wrong with how the Anglo countries teach reading stems from him.

Luqman, I can get most dyslexic kids reading at their grade level in a year. All it takes is a logical teaching method with systematic teaching of how the spelling patterns in English work. I know you know this, but it breaks my heart that others don't realize this.”