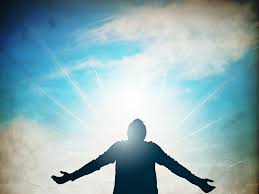 Yesterday while I was going through the posts in my home page in LinkedIn I came across the following which caught my eyes. But, since I had, at that time, just shared another beautiful post I decided to hold on to this till today.

The Global Search for Education


“So, what happens when teachers and students are “empowered to build knowledge instead of memorized information”?
They are encouraged to question assumptions, engage in debate and value their own voices as well as those of their peers.”

“We think being good at school should mean asking questions instead of memorizing answers, following through with a thought until you’ve exhausted all possibilities, understanding how you think about things and using that knowledge for the purpose of building new knowledge rather than just consuming information.” — Rachel Ferro

“We are filmmakers and not educators, but what we’ve learned over the course of making this film is that in this country, a traditional education does not encourage thinking, instead it encourages conforming to a system………….”


My audit training has taught me exactly that – following through with a thought until I have exhausted all possibilities……….

I think the above article will be a good response to Timothy’s comment (copied below) in my post two days ago.

“I don't reply to everything. You sometimes make comments on LinkedIn and in your posts to me that are very strong on opinion but that don't match with substantial research. I don't always feel the need to argue back when someone says that they "know" the reasons why something happens if their claim is way off of what hundreds of studies and millions of data show. I don't put forth my opinions and wonderings in that way and don't always respond when others do. Sorry.”


My comment:…hundreds of studies and millions of data appear a little exaggerated but it could just be a figure of speech. Is there even one study that says that teaching alphabet sounds wrongly is not the cause of kids shutting down?

For more than 35 years it was believed that one of the main causes of dyslexia was 'Phonological awareness deficit'. I challenged that and said that it is absurd to say that 'Phonological awareness deficit' is the major cause of dyslexia. None of the more than 20 professors I had written to agreed with my theory. However, within a few years of my posts in my blog and on the internet, researchers have confirmed my findings.

Many research articles overturn what has been believed for decades.Read about Neuromyths here. As such, educators should not just write off what is being brought up for discussion because there is no research reports to support what is being said.

Theory development relies on research, and research relies on theory.

Educators should learn the art of investigating or discussing the truth of opinions instead of simply writing it off especially when the illiteracy rate has not reduced for the past more than 30 years.

“You are making generalizations based on your experiences. I think the claims might be true about your experience, but generalization to the millions of kids out there makes no sense to me. If that's how things work, then I would point out that I have nearly 50 years experience so my experience trumps yours. However, my experience is no better a ground for that kind of generalization. That's why I rely on large data sets and empirical research. You can claim to know why kids have trouble reading based on the 50 kids you've worked with, I would doubt the accuracy of your claims based on things like the analyses of the results of NAEP data (that test hundreds of thousands of kids) and hundreds of studies supported by NICHD, etc. Good luck with your work, but watch those generalizations.”

I believe it is not fair to say I am generalising. I have observed and interviewed my students over many years. Granted it was not scientifically done. However, I have corroborated my findings with that of a clinician Dr. Richard Selznick (A LinkedIn member) who has confirmed that a vast majority of kids he has tested over the years add vowel sounds to consonants. We should also be able to connect the dots with what is said by Dr. David Kilpatrick in his book 'Equipped for Reading Success.'

In addition I have spoken to many teachers here, from primary as well as secondary schools, who have confirmed my theory.


Thinking is hard work. Some people are too lazy to research their ideas and see whether the evidence corroborates or disproves their views.

“….. changing of the adult behavior is the greatest challenge of all.
Many of these issues are way beyond the kid issues, these are adult issues, fascinating adult issues where human beings are latching onto their beliefs, their assumptions, their egos, their careers rather than looking very clearly at what works and what doesn’t …………”

With the help of Mother Nature I believe this change – that kid’s disengage from learning to read because of being taught sounds of alphabets wrongly – will come to pass soon. A few more guys will get their PhD’s because of this.

Experience comes with in-depth understanding of the causes and improving it over time.

However, there are people with only one year experience but repeating over 50 years thus claiming to have 50 years experience.

This shows the difference between someone who is very dedicated to helping disconnected kids and improving their lives as against those who want to promote themselves without understanding the issues at hand.

I wanted these posts to be for educational purposes but it appears to have changed to arguments.

I am prepared for anything. I have no hidden agenda. My only aim now is to somehow get the educators to look into what I have discovered.

Most people tend to think that their opinion is the only one that counts, and base this on their experience. Fifty years experience is often only 12 months experience repeated,

In your case you have identified the learning problem with children and have proven to yourself and others, that persistence with a correct method overcomes initial incorrect direction. Tim doesn’t understand that substantial research does not match a positive result. It doesn’t matter how many studies there are, unless the correct answer is found and formalised, it is all a waste. The old saying about a bird in hand is worth two in the bush, definitely applies with your teachings.