Seek and Ye shall find 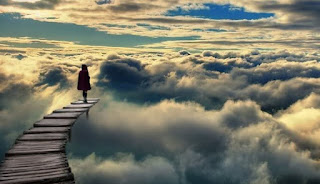 The following is the balance of my off the cuff response to Annaleese McNamara.

I also wrote about kids, who could not read, being wrongly classified as dyslexics. I don't know if the tone is wrong - but the message is gravely important. I have been writing about this since 2010 and is it possible that I don't get a response or comment because I got my tone wrong?
OR is it because the 'Gods of education' in US have not accepted it because it is a winning or losing issue?


So many educators continuously repeat that the illiteracy rate is high because kids are not taught properly. BUT has anyone asked what they mean by 'teaching wrongly'?

Has anyone asked what they mean by 'DYSTECHIA'?

AND when I TELL (wrong tone I guess) it is because of teachers teaching letter sounds wrongly and give them examples of videos that teach sounds wrongly what do they do? They quietly delete the videos on You Tube.

Anyone who wants to verify my claims please Google search 'Phonological awareness Luqman' or for another set in 2010 search "Dyslexia Luqman'. Annaleese McNamara, please allow me to post this whole thing in a blog post. Allow me to please add further ideas as this was written off the cuff. Wish you well.

The following are comments from other readers:

In the UK the Brexit vote was a shock to so many because they only connected with like-minded people and so thought the majority thought like they did. Stay open and curious! Seek to understand rather than avoid challenge.

My comments now: Finally someone with some common sense. A big thank you to this LinkedIn friend.

Brilliant ! As soon as I've made someone wrong for their point of view (which is just as valid as my own) I've lost any ability to actually make an impact.

My off the cuff response:

If you say I am good looking or not good looking, either way I will not argue with you as that is your opinion.

However, when I know something for a fact after many years of my own research and you argue without basis then it is a different matter. I won't accept you telling me that the earth is not round for example.

Why can’t people just accept what is sensible/logical and move on. After a short period of time no one will remember whether you won or lost. We should all aim to leave a better world behind.

For more than 35 years many researchers were wrong on ‘Phonological awareness Deficit’ being the cause of dyslexia. They had no basis other than what one clown had said more than 35 years ago. I went against popular believe because I had personal experience with the kids I had taught.

The second thing that I want accepted or at least researched (very easily done) is that the illiteracy rate is high  because kids shut down from learning to read.

Why are they confused? They are confused because what they learn from You Tube links and other sites teaching letters sounds are wrong. Teachers in kindergarten and grade one teach letter sounds wrongly.
About 20% of kids, who are predisposed to shutting-down, disengage from learning to read because they cannot reconcile what they have learned earlier to what is being taught subsequently.

I have written extensively on the points above in my LinkedIn posts, on Face Book and in my blog.

AND Timothy Shanahan still dares to say there is no Research Reports to support my findings. His words remind me of what Einstein had once said:


The difference between genius and stupidity is that genius has its limits.

Posted by Luqman Michel at 6:43 AM

Here is a quote by Einstein on curiosity which is apt for this post:

When you contemplate on the mysteries Mother Nature will always provide answers.