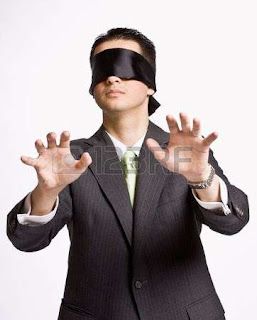 Why do guys like David Boulton, Reid Lyon, Andrew Johnson and Timothy Shanahan reject what I have told them without any basis? I don’t think it is ignorance. I believe it is willful blindness.

These guys are all educated in a narrow field but are they intelligent? I have said many times that being educated and being intelligent are two different things.

An intelligent guy will be able to connect the dots. I will show you how to connect all the dots that I have elaborated on.

These guys ‘cherry-pick’ the facts and studies that back up what they already believe to be true and when someone says something that they have not thought of, they take the easy way out by saying it is not research supported. This is also known as cognitive bias. I would highly recommend you to read a little on cognitive bias at:

In her latest book, Margaret Heffernan argues that the biggest threats and dangers we face are the ones we don't see - not because they're secret or invisible, but because we're willfully blind. She examines the phenomenon and asks:

I have written many posts on what I have learned from the students I have taught.

Dr. Selznick has confirmed that a vast majority of kids who come to him are kids who add vowels to consonants.

Experts in ‘Children of the Code’ have said:

“….if children don't have the right experiences during these sensitive periods for the development of a variety of skills, including many cognitive and language capacities, that's a burden that those kids are going to carry; the sensitive period is over, and it's going to be harder for them." - Dr. Jack Shonkoff, Chair, National Scientific Council on the Developing Child
“Most struggling children are struggling because what they learned in the past is inadequately resourcing or maladaptively directing their current learning.

The most important step toward improving the health of our children’s learning is recognizing, understanding, and minimizing, unhealthy learning.”

We still don’t have the capacity nor the will to change what it is that we are doing with reading early on and so consequently unless we make those significant changes we are not only going to lose the dyslexics but I am also concerned about these other children; these other struggling readers.” (Nancy Hennessy)

“….95% of those kids are instructional casualties. These are what we call as NBT – never been taught.”(Reid Lyon)


We have to try and change the behavior of these so called educators. We have to pry these guys from clinging on to their wrong assumptions, their egos and their careers. AND this is what I am going to try and do in my next few posts.

It is difficult for me to believe that after spending hundreds of millions of dollars and 15 years of research and having collaborated with more than a hundred specialists and interviewing many shut-down kids these guys don't know what works and what doesn’t.

What we need today are universal values based not on faith but on scientific findings, common experience and common sense - Dalai Lama.