Discussion or argument on social media 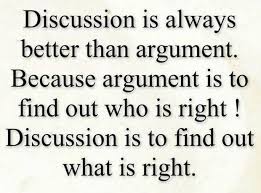 I have been writing on one main idea on my blog since my first dispute, on the theory that phonological awareness deficit is the cause of dyslexia, was resolved. That theory that lasted for about 40 years was debunked in 2015.


My second theory that it is the teaching of the pronunciation of phonemes of consonants on LinkedIn and Twitter has met with a lot of resistance.

The educators on Twitter had also come down strongly on my suggestion that Dolch words can be taught by rote memory.

The resistance comes from some of the ‘Gods of education’ of the US the UK and Australia.

Why can’t adults discuss instead of arguing on social media on such an important matter which should be a priority?

Here are just two of many tweets to support my opinion.

We are at a point in our culture where asking for facts, stating statistics, and recognizing objective reality is considered hateful, bigoted, racist, and intolerant. We are far past the point of even being able to have rational conversations with each other.

I hope this is not broadly true, but I've seen it in just the last few days in a Twitter argument about education.

We can neither progress nor coexist if this becomes the norm. We must talk and listen in good faith and be open to considering all ideas.
Posted by Luqman Michel at 5:17 AM