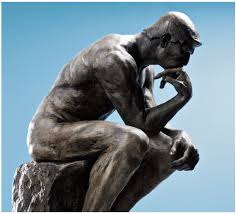 I want to take a short time to reflect on what I have learned from Twitting.

I believe there are many ‘educators’ on Twitter to promote their products and not there to share ideas or learn from one another.

They do not read the posts linked to tweets and shoot from the hip with preconceived views.

It would appear that anything they cannot comprehend does not exist.

They cannot comprehend when I tell them that many kids can read in Malay and Romanised Mandarin but not in English. They cannot accept this fact because they have been indoctrinated to believe that ‘Dyslexia’ is a language problem when in fact it is not.

We have educators like Pamela Snow who did not respond to my many comments on her blog posts in 2018 and yet has the audacity to talk about me being rude.

Imagine the number of students she could have helped in these 2 years if she had an open mind.

Similarly, Jennifer Buckingham does not respond to comments on her posts. She does not understand the root cause of why educators like Jeffrey Bowers are attacking phonics.

If more educators like Jeffrey bowers come forward and submit reports that phonics does not work, we may end up using whole words again.

If Emily Hanford is really doing investigative work why did she not check out on what I had said to her in 2017?

Many educators on Twitter in closing their eyes, because they do not want to face the light, are fooling themselves.

Fooling themselves is one thing but to fool teachers and parents for the sake of promoting their products is quite another.

For decades the reading war has been going on because the phonemes of consonants are not taught correctly.

The big boys with a vested interest are not keen on reducing illiteracy.

I pray that parents and teachers on twitter and those following my blog posts will get together and demand that schools teach the correct pronunciation of consonants and thereby reduce the number of kids leaving school as illiterate.

May we evolve...to get comfortable with questions and even more so with the answers, we find...
Posted by Luqman Michel at 3:50 AM

Here is a tweet last night that was liked by Pamela Snow:

Pamela Snow
liked a reply to your Tweet (tweeted by Monique)
"Luqman, all of us here agree that kids need to be taught how to pronounce phonemes accurately. One of the 1st things we'd 'fix'. But it is far from the only issue and we are entitled to spend our time discussing any of the other elements that we feel are at play."

But Pamela probably did not see my response to the above tweet as follows:

"Thank you ma'am. Did I ever stop any of you from discussing anything else? We are all entitled to discuss anything we want. What I am saying is that the foundation of reading is phonemes and if that is done correctly many students will not shut down."

I have been saying all this while that the foundation of phonics which is the sound symbol skills is taught wrongly.

Take care of the foundation first and she is still talking about other 'elements at play'.

The educators have been waging the reading war for decades and repeating the same thing and when I have said for the last 1 decade that it is the foundation that must be strengthened they still say there are other elements.

Yes, everything else is important but let us prevent most of the fortunate kids from wasting time figuring out how to read.

Let us prevent the unfortunate kids who shut down/disengage from learning to read because of confusion.

Only then can they learn the other important elements like vocabulary, comprehension and fluency.