Can Dyslexia Be Artificially Induced in School? 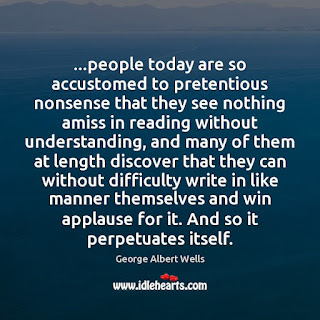 I saw the following link on a Tweet by Faith Borkowsky.

Here are a few extracts any my comments.

Ever since The New Illiterates was published back in 1973, we have known that the chief, and perhaps only cause of dyslexia among school children has been and still is the look-say, whole-word, or sight method of teaching reading. In that book I revealed the fact that the sight method was invented back in the 1830s by the Rev. Thomas H. Gallaudet, the director of the American Asylum at Hartford for the Education of the Deaf and Dumb. He had been using a sight, or whole-word method in teaching the deaf to read, by juxtaposing a word, such as cat, with the picture of a cat. And because the deaf were able to identify many simple words in this way, Gallaudet thought that the method could be adapted for use by normal children.

How devious can one get? How stupid do some of these people on Twitter think are the readers? If dyslexia is the chief and only cause of dyslexia how do we account for the kids in the UK today who are unable to read despite SSP (Systematic Synthetic Phonics) being taught for around 10 years.

In 1830 teaching deaf and dumb may have been achieved by juxtaposing a word with a picture but would one use that method to teach those who have all the faculties? This is what some of these so-called teachers like Pam Kastner, Debbie Hepplewhite, Sue Lloydtcrw, Faith Borkowsky and others have convinced many for the simple reason that they want to promote their products and services. Read one of my several posts on this here.

If a child’s first-learned way of reading was configurational and not phonetic, and if the child could read this sight vocabulary in an out-of context word list at more than 30 words per minute, that child would develop educational, or artificially induced, dyslexia. However, if the child’s first-learned way of identifying words was phonetic, and if that ability had become automatic, that child would never become dyslexic.

Faith Borkowsky and co. would go to any length to mislead the public just to promote their products.

Here are further extracts that I don’t care to comment on as it is pure nonsense.

He was sure that Kyle had learned something at an early age that was interfering with his attempt to decode the little phonetic books which Miller had bought for him.

“I knew about the two methods of teaching reading,” relates Miller, “and suspected that he had learned a non-phonetic method of looking at words. I tried to help him sound out the words in the little books, but the books seemed to be hurting him.”

But Miller wondered how Kyle could have developed such a strong automatic configurational way of identifying words without any formal reading instruction. He had noticed that Kyle had in his room many children’s books, including many of the Dr. Seuss books which children often learn to read by memorizing the words. If Kyle had developed an automatic configurational way of identifying words by having memorized the Dr. Seuss books, then he could have entered the first grade with an already learned way of reading that would conflict with the phonetic approach.

I think killing phonics was one of the greatest causes of illiteracy in the country.

But since most preschoolers are not taught to read phonetically at home before they go to school, they are in great danger of becoming dyslexic. And the better they get at memorizing the words, the greater the danger, for it is when the child develops an automatic ability to identify words configuratonally, he or she develops the cognitive block that produces dyslexia.

The publishers of the Beginner Books have also produced a picture dictionary. The purpose of the dictionary is to make the child “recognize, remember, and really enjoy a basic elementary vocabulary of 1,350 words.” We wonder how many hundreds of thousands of children have become dyslexic by memorizing the sight words in this picture dictionary.

Miller’s theory was that the two ways of looking at words — the configurational and the phonetic — were mutually exclusive, and that once a child achieved an automatic ability to look at words in a spatial-holistic fashion, it created a cognitive conflict with the phonetic method.

Frank Smith, however, insisted that none of these methods were mutually exclusive. But if this were so, then why didn’t those who were trained to read phonetically ever become dyslexic, and those who were taught to read ideographically did?

Parents must also be made aware that permitting their pre-school children to memorize a battery of sight words will cause reading problems later on. They should teach their children to read by intensive, systematic phonics before giving them little preschool books to read. This will “immunize” the children against dyslexia.

Posted by Luqman Michel at 4:17 AM