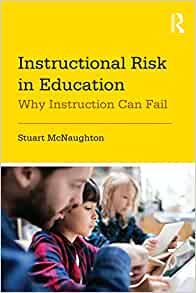 This report which reminded me of the saying ‘Pot calling the kettle black’ written on 2.9.2020 is more recent than the report I posted yesterday.

Here are some extracts and my comments:

The Education Science Advisor (ESA) to the Ministry of Education, Professor Stuart McNaughton, authored The Literacy Landscape in Aotearoa New Zealand. McNaughton framed his report with a key question: "What are the most reasonable explanations for our problems in excellence and equity in literacy? Specifically, what are the plausible hypotheses for: (a) the overall drop in literacy achievement in successive cycles of international assessments; and (b) the limited impact on changing the distributions of achievement for Māori and Pasifika students and those from low socioeconomic status (SES) communities?"

Around 2017 that hypothesis that PAD is the cause of dyslexia, which had lasted for more than 40 years was debunked. As researchers at Massey University why were they blinded by what had been written decades prior to their report. Why did they refuse to think? The problem with research reports is that it is repeated,without thinking, by other researchers as if it is the Gospel truth.

Here is an extract from Timothy Shanahan’s blog post in 2015 on Phonological Awareness Deficit:

“The term dyslexia has been, justifiably, controversial, and has consequently been avoided by most reading educators—including me.

There are scads of studies revealing that dyslexia is phonological in nature. That is, students with this disorder have a particularly difficult time perceiving phonemes and coordinating this perception with the letters on the page.

Here is another extract from Timothy’s blog post from 2017:

“This explanation of dyslexia seems especially pertinent … and the only thing I would change in it now is the estimate of the phonological/phonemic awareness role in reading problems. There are some more recent data in relatively large studies suggesting a somewhat lower incidence of these problems at least with some populations; that wouldn't change the overall thrust of this much, but it would be, perhaps, more accurate.”

Recently I wrote an email to Chapman informing him with details that the problem with kids being unable to read is that they are confused by teachers teaching them pronunciation of sounds of letters wrongly. He again asked me to write a thesis to journals.

These researchers will repeat for decades the same things with no real understanding of what is it that causes kids to disengage from learning to read.

Recognition of these two crucial issues marks a change on McNaughton's part. For years he dismissed the data from international surveys as being unreliable, misleading, or incorrectly interpreted by those of us sounding the alarm.

Pick any 10 kids, classified as dyslexic/unable to read, from schools around NZ or OZ and ask them to sound out the letters and you will find that they sound them out with extraneous sounds. This is a simple test I conduct to find out if a kid is a shut down kid – a kid who has disengaged from learning to read. Read my post on how I assured a mother/teacher from Australia that I could get her son to read within a few weeks.

Here is a Tweet  by the mother above soon after the introduction of my lessons.

There was no response from anyone including Pamela Snow2 of Australia who blocked me on Twitter for asking similar questions which she could not respond to. Here is one of several relevant posts on Pamela Snow.

Acceptance by the ESA of overall drops in performance by New Zealand students on international literacy surveys is long overdue. And it is long overdue that practical efforts, based on findings from reading science over the last two to three decades, are implemented to provide changes to literacy instruction that benefit all children, especially those from Māori and Pacific backgrounds and those from low SES communities. There is nothing new in the problems McNaughton presented.

What is new in the solutions provided by Chapman and Tunmer? They keep repeating the same things and teachers keep teaching the same way expecting different results.

Our literacy landscape is characterised by a literacy landslide of mounting failures for too many children and young adults in Aotearoa New Zealand (A/NZ). The Ministry of Education ESA acknowledges that attempts to address the decline in reading performance and the ongoing entrenched disparity negatively affecting Māori, Pacific and low SES children have failed. Attempts over the past two plus decades to raise literacy achievement levels have failed. The much vaunted "National Literacy Strategy" of the early 1990s has failed. And along with these failures, the Reading Recovery (RR) programme, co-opted to help close the large gap in literacy scores in A/NZ, has failed…miserably.

Why have attempts over the past 2 decades to raise literacy levels failed not only in NZ and OZ but in all Anglosphere?

I have repeated umpteen times in my blog posts for the past decade that the problem is teaching kids consonant sounds with extraneous sounds which confuse a vast majority of kids. What is it going to take to get this into the heads of these researchers?

Until this matter is addressed we will not be able to reduce illiteracy and the reading wars will continue.

Posted by Luqman Michel at 4:53 AM