Phonemic awareness and how children learn to read 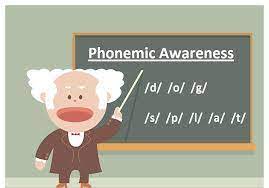 Here are extract from an article found here and my comments. This is a continuation of my post yesterday.

A lack of phonemic proficiency is viewed as a reason for word-reading difficulties (e.g., Kilpatrick, 2019a, b, 2020). Hence, it is assumed that stronger and weaker word readers can be better differentiated by assessments that involve more advanced phonemic manipulation tasks (phoneme deletion or replacement), compared to measures that are viewed as more “basic” such as phoneme segmenting or blending.

From my experience of having taught so-called dyslexic kids and from feedback during my talks to kindergarten and primary school teachers I would say that the inability to blend letters taught with extraneous sounds is the main reason for word-reading difficulties for a majority of kids. It has nothing to do with the lack of phonemic proficiency.

About 20% shut down/disengage from learning to read and are classified as dyslexic. A majority of the remaining 80% figure out how to read using patterns and analogies.

I don't understand the need for advanced phonemic manipulation tasks nor how it will help kids who have disengaged from learning to read due to confusion created by teaching consonants with extraneous sounds. If a kid is limping, because of a thorn stuck in the sole of his foot, I won't get him better shoes or give him better food to solve his limping problem. I would find out the cause of the limping and remove the thorn.

Other studies have reported that proficiency with phonological and phonemic tasks is not necessary for successful word-reading.

No right thinking person will disagree with the above statement. A majority of kids are successful at word reading without proficiency with phonological and phonemic tasks.

A small number, somehow, manage to learn to read by the end of primary one.

A majority figure out how to read in later years. Pick any educated person above 50 years old and chances are he will pronounce consonants with extraneous sounds. He may read as fluently as any other fluent reader. Diane Ravitch and her school mates will be excellent examples.

Below are two examples of university students from Perth. In 2019, we recorded their pronunciation of letters and reading of nonsense words from Dr. David Kilpatrick’s book. All recordings were done impromptu. That is, they were given the sheet of paper with the nonsense words just before the recording.

Here is a video of a university student sounding out the letters of the alphabet.

Following is a video of the student above reading a list of nonsense words given to her.

Here is another student from another university in Perth taken on the same day as above.

Here is a video of the student above reading a list of nonsense words.

The question that needs an answer is how did the two students read the nonsense words when they pronounced letters with extraneous sounds? Where did the phonological and phonemic awareness come from?

I believe we have an innate ability to use patterns and analogies and our minds figure out how to read. As such, for the majority of kids proficiency with phonological and phonemic tasks is not necessary for successful word-reading. As mentioned several times in my blog, we should be concerned with the 20% instructional casualties.

Some level of phonemic processing is important for beginning reading instruction; studies have pointed to the ability to segment short words by phonemes as facilitative of reading acquisition.

Phonemic processing is facilitated by kids being taught correct pronunciation of sounds represented by consonants. For kids predisposed to shutting down from learning to read when confused, blending can only occur when letter sounds are taught correctly from the onset. When this does not occur many kids take an inordinate amount of time to figure out how to read by patterns and analogies and whatever other means not known to us as yet.

When I went to school in the late 50’s we were taught the correct pronunciation of sounds represented by letters and taught to blend the sounds of the letters to form words. We were not taught phoneme deletion and substitution. There was no necessity to do Advanced Phonemic Awareness Tasks.

Posted by Luqman Michel at 4:47 AM