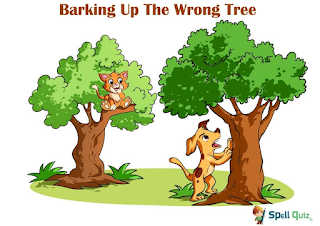 #phonemic awareness has been a hot topic b/c of debates whether students need "advanced" PA and whether PA teaching should use letters. @DrNathanClemens led a group of us @emilyjsolari

as with all things, there are not totally clear answers, but ... data and theory do not appear to support the idea that advanced PA is necessary for the development of strong word-recognition skills nor that PA instruction should be entirely done without reference to print.

40 years ago the debate was on phonological awareness deficit which I questioned in 2010. Currently, we are debating on Phonemic awareness. What we need to do is to teach the correct sounds represented by letters and the reading wars will end.

I agree. I questioned PA as an intervention target in 2003 - onlinelibrary.wiley.com

The National Reading Panel (NRP) recently conducted a meta-analysis about reading interventions and made several recommendations.

I searched for the PDF written by Matthew Burns in 2003 and read the whole article.

It is my opinion that Devin Kearns and gang are barking up the wrong tree. A decade ago I disagreed with Phonological awareness deficit being the cause of dyslexia – kids being unable to read.

I use the same arguments here.

Here are extracts from Matthew Burns’s report. I must say that he has put forward his arguments well. You may read the whole PDF here.

Difﬁculties with phonemic awareness (PA), or the awareness of words being composed of separable sounds that are blended to produce words (Pressley, 1998), have been strongly linked to reading difﬁculties (Aaron, 1997; Greenberg, Ehri, & Pehrin, 1997; Lyon, 1995)

However, also given that most children with reading difﬁculties lack phonemic awareness (Aaron, 1997), PA training may be an appropriate avenue of intervention and research. Additional instruction that more closely matches contextual reading may be necessary after or concurrent with learning PA skills. It would appear that PA instruction increases PA skills and a child’s ability to read words in isolation, but is that reading and is that always the best intervention? Unfortunately, a conclusive answer cannot be generated from the NRP data.

Ehri et al. (2001) concluded by saying “Not all the answers have been provided by research on PA instruction. There are many additional questions and issues awaiting investigation” (p. 280), which is probably the most valid point of this, or any other reading research.

The link provided by Devin Kerns says the following:

Phonemic awareness –the ability to isolate, segment, blend, and manipulate phonemes – is believed to facilitate a child’s ability to link speech sounds to printed letters and letter combinations, thereby forming the basis for word reading and spelling. In addition to elucidating its role in reading development, research has revealed the importance of instruction in phonemic awareness for students in the early stages of reading acquisition (Bus & Van IJzendoorn, 1999; Ehri et al., 2001; Phillips et al., 2008).

Here is a definition of phonemic awareness from the internet:

As mentioned by me several time in my blog posts the researchers from the Anglosphere do not appear to understand what I have been saying for more than a decade.

If these kids had a phonemic awareness deficit how was it possible for them to read in 2 languages but not in English?

As I said these researchers are barking up the wrong tree. You don’t go around teaching kids sounds represented by consonants with extraneous sounds and when they cannot ‘isolate, segment, blend, and manipulate phonemes’ go around saying they have a problem with phonemic awareness.

I urge researchers to test as many kids as they want, who are unable to read, and record the sounds of letters pronounced by them. I hope that will resolve this question about phonemic awareness.

Posted by Luqman Michel at 2:12 AM