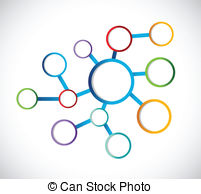 The dictionary definition of ‘connecting the dots’ is: To draw logical inferences connecting items of information to reveal something previously hidden or unknown.

Since 2010 when I first started writing my blog I have given actual solid reasons for kids disengaging from reading. Reasons for shutting down, obtained from the kids themselves.


Now, I have gathered many other dots that when connected should leave no doubt in anyone’s mind that many of the disengaged kids shut-down from learning to read because of being taught wrongly.

Teachers in LinkedIn can alleviate illiteracy in US and all over the world if we make a concerted effort. Let us connect the dots and see the big picture.

i.                     I have been teaching kids who had disengaged from reading for more than 10 years. I ‘interview’ them, I observe them and learn from them as to why they have disengaged from learning to read in English but not in romanised Mandarin and Malay which both use the same alphabets as does English.
ii.                   Dr. Richard Selznick whom I had a discourse with in 2010 and again currently has confirmed that a vast number of the few thousand kids he had tested add vowel sounds to consonants. These are the kids whom he recommends to a training that directly teaches the sounds of alphabets.
iii.                  In a story from Western Australia this month, Maryanne Wolf, director of the Centre for Reading and Language Research at Tufts University said: “"They think they are a failure. They think there's something wrong with them [but] there's something wrong with our teaching not with the child, and with the proper intervention and teaching, we can do so much". "The teaching of reading in most schools is based on ideology and not research," she said.
iv.                 In a large study conducted by scientists from the University of New York at Albany, researchers were able to reduce the number of children who require ongoing remediation from the National average of 30% to about 2%.
v.                   A study by researchers at Florida State University showed how the most severely reading disabled students could reach grade level – and stay there – using a surprisingly brief intervention programme.

Let us pause and ponder over points iv and v above. Points to ponder would be:

1.       How were the 28% (out of the 30%) of children in point iv above able to read at grade level after a short period of intervention?
2.       Is point 1 above not similar, if not the same, as what I have been doing with my students over the years?
3.       Could these kids in point 1 above be the same as those kids tested by Dr. Richard Selznick above?
4.       Can we therefore save the hundreds of millions of dollars spent on remediation/intervention and more importantly the headaches of kids predisposed to disengaging, by teaching these kids phonics properly in the first place? Quoting Jack Shonkoff “Getting things right the first time is better than trying to fix them later when they weren't right the first time, trying to adapt to something that was not developed in the best way at the time when it was supposed to be developed.”

One of the teachers here in LinkedIn had urged us to make a concerted effort to alleviate illiteracy level.

If teachers can get together and ensure letter sounds are taught properly in schools we will be on the way to eradicating illiteracy.

A teacher friend has started this for schools in Scotland and I believe, with her determination and dedication, she will be successful. How about teachers in US and the rest of the world?
Posted by Luqman Michel at 3:45 AM