Promotion without mastering the 3R’s (Part 3) 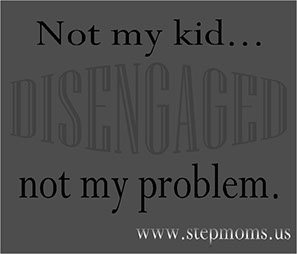 The clip above describes a majority of Human Beings on earth.

Comment from Kenya:  “Every Child can do well in class when learning is made Easy and Fun as a game”.
Author: “I do agree that making learning fun helps get kids engaged”.

My comment: I agree with the author. Keeping kids engaged is important. However, once a kid has already disengaged because of being confused, I believe fun and encouragement and motivation will not work. This is why illiteracy level has not come down in the last 30 years or so. Educators have tried everything except the root cause of why kids disengage from learning to read.

Allow me to please quote from ‘Children of the Code’: The one thing we know about plasticity, which is the capacity to adjust and adapt, is it's greatest when the brain is immature, and it is less as the brain becomes more mature.
Getting things right the first time is better than trying to fix them later when they weren't right the first time, trying to adapt to something that was not developed in the best way at the time when it was supposed to be developed. If children don't have the right experiences during these sensitive periods, for the development of a variety of skills including many cognitive and language capacities, that's a burden that those kids are going to carry. The sensitive period is over, and it's going to be harder for them. Their architecture is not as well developed in their brain as it would have been if they had had the right experiences during the sensitive period. That's the sobering message.
But there's also a hopeful message.., the sensitive period says, "It's not too late to try to remediate, and you can develop good, healthy, normal competencies in many areas, even if your earlier wiring was somewhat faulty." But it's harder. It costs more in energy costs to the brain. The brain has to work at adapting to kind of earlier circuits that were not laid down the way they should have been. And from a society's point of view, it costs more in terms of more expensive programming, more specialized help. So I think the best way to think about this is to say that prevention is better than treatment, and earlier is better than later, but it's never too late, in most cases, to get kids back on track.

As such we should endeavour to ensure that kids do not disengage from learning to read.

A Special Education coordinator’s comment: “Agree. However, it is the responsibility of the teachers to put in place interventions as early as kindergarten if the student is showing signs of struggle. Too often when students are struggling learning new concepts in kindergarten or first grade, it is passed off as simply "they're not there yet but give them time to grow" and nothing is done until 3rd or 4th grade when the gap has gotten too wide.”

My comment: This lady has taken the words out of my mouth. There is no such thing as ‘they are not there yet’. Within a few months in grade one a teacher should be able to say if a kid is a shut down kid. If the kid is not performing like the average kid in the class it is a sign to investigate. Simply ask the kid for sounds of alphabets and if the kid adds vowel sounds to the consonants then I will bet that the kid’s problem is one of disengagement from learning to read. (Don’t forget, the 80% of kids who can read may also add vowel sound to consonants but they will be able to read.)

If the child is left without intervention till grade 4 he would have lost his self esteem. When a child has lost his self-esteem it is an uphill task to bring him to grade level. He would have begun to believe what his classmates and sometimes even teachers call him – STUPID.

Email ThisBlogThis!Share to TwitterShare to FacebookShare to Pinterest
Labels: 3R's, Adding vowels to consonants, Children of the code