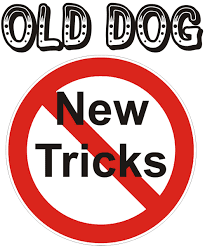 This is a continuation of extracts from a post by Pamela Snow and my comments.

This blunderbuss approach no doubt explains why university lecturers grapple with the frustration of trying to teach first-year students who do not know the basics of how to construct a sentence, in spite of the fact that they have studied English for 13 years and have passed Year 12.

My comment: I have said this to Pamela and it appears to fall on deaf ears. Many of the kids in university started learning to read after figuring out how to read when they were in grade 6 or later. By this time, they have missed out on many things that they would have learned had they been able to read by the end of year 1.

Here is an example of a current university student in Australia who read nonsense words selected by me from a book by Dr. David Kilpatrick. She did not know the correct pronunciation of the phonemes of most of the words she read. This is just one of many such videos I have.

How did the girl in the video manage to read the nonsense words? How long did it take her to learn to read? How is she now able to write good sentences in the university? These and more questions should be asked by Pamela Snow and educate herself.

Here are extracts from Pamela’s article in 2017 referred to in the article above.

‘In spite of three international inquiries into the Teaching of Literacy (US, Australia, and the UK), it’s difficult to see what has materially changed in early years reading instruction in the last 15-20 years’

My comment: If nothing material has changed in the last 15-20 years should we not ask why nothing has materially changed instead of just saying what we all already know?

The world has been looking for the ‘Holy Grail’ for decades. They have been doing the same thing for decades and keep expecting different results. Einstein had classified such an act as insanity. I give them the Holy Grail and they can’t accept it as it appears too simple.

Further, Prof Misty Adoniou (University of Canberra) asserts that “We can be fairly certain that the 15 year old students who are underperforming on PISA or NAPLAN know their sounds. Phonic knowledge, or lack of it, is not the problem. They are performing poorly because they cannot comprehend what they are reading. They have poor vocabularies and cannot follow sentences that employ more complex language structures. They cannot read between the lines, they don't pick up nuance and inference.”

Prof Misty Adoniou of University of Canberra definitely does not know that 15 year old students are underperforming on PISA because they do not know the ‘sounds’.

On what basis did Prof. Misty Adoniou assert that “We can be fairly certain …, that they know the sounds”?

Misty Adoniou is making the same mistake as Pamela and other educators in talking about comprehension, vocabulary and complex language structures when the sound-symbol skills which are the basic problem are not being addressed.

It is disgraceful that 15 year old students from all the Anglophone countries did worse off than students from Singapore and Macau who did the PISA test in English.

They also did badly when compared with students from China and Hong Kong who did their comprehension exercises in Mandarin.

Here are the results of the last PISA tests.

Here is a discussion between Monique and me on the PISA results. Monique believes that Singapore and Macau did well because the kids studied in English medium schools. I forgot to ask what medium they use to teach kids in Anglophone countries.