Too simple – a view by a podcaster 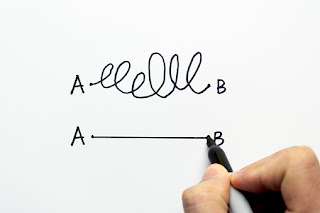 On December 17th 2020, I was invited to a Zoom meeting by a Podcaster who happened to have read some of my Tweets. It was a half hour interview and I answered all his questions. He was jovial and our zoom meeting ended on a good note.

Hey Luqman, you're welcome to post this if you like, I just want you to know, my overall challenge to your belief that what you came on to talk to me about being the cause of most dyslexia sounds too simple to be true. Not that I think it's impossible because it's simple.

What I told Timmy was what I have been writing in my blog which you may read here.

It is that simple and we still see countless tweets and articles saying the literacy level is too low and that we must do something about it. I have discovered the 'something to do' but it is not accepted because it is too simple!

“Simplicity with curiosity is the lap on which success rests!”

Scientists and researchers have been saying that many of the kids classified as dyslexic are in fact instructional casualties. Some have called it ‘dysteachia’. But no one has come forward with what it is that has caused the disengagement of kids from learning to read.

I discovered it by teaching kids classified (some certified by experts) as dyslexic. I observed them and interviewed them and what I have written in my book and in my blog is from the horse’s mouth.

My Lessons with videos.

I notice that many read my first lesson but only a few follow up with the rest. This could also be because they feel it is too simple to be effective.

Each of the lessons are less than 3 minutes read and they are simple lessons with two main aims.

i.                     To get the kids who have disengaged from learning to read to get the sounds represented by consonants corrected. By the time they get to lesson 7 most kids who have followed the YouTube videos will have realised why they had not been able to read. This is exactly what happened to Alanna Maurin's son. She said the following on Twitter:

ii.                   To introduce the High Frequency Words a few at a time. This is to be learned by rote memory which is no big deal but discouraged by far too many educators. All children who came to me for tuition including children in grade 4 who could not spell most of the HFW could spell all 220 Dolch words in the 3 months they take to learn my lessons. This means they can now write sentences and get at least 50% to 70% of words in an essay correct. Of course they will also be able to write correctly many other words as they have learned phonics.

Any parent who teaches his dyslexic child to read using my lessons and the videos will get his child to read within 4 months of 2 one-hour lesson per week.

“In this modern world it is easy to be complex but difficult to be simple.

At least try to keep your mind simple.”― Debasish Mridha

Posted by Luqman Michel at 3:56 AM