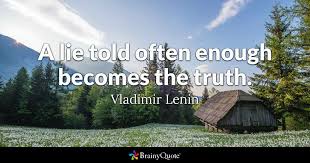 Here are my comments on Dr. Kilpatrick’s video found here.

At minute 11.05 it says: The Phonological – Core Deficit of Dyslexia

“Although some individuals with dyslexia have weaknesses in a variety of areas, impaired phonological processing appears to be a universal cause of dyslexia.”

Weakness in one or more of the following (often more than one – sometimes all of these):

At minute 14.35 it says: Dyslexic kids who are unable to read do not even have basic phonological skills.

Is it really a weakness of Phonological awareness?

For how much longer are we going to dupe the world with misinformation like this?

Are we saying that 20% of kids around the world lack phonological awareness?

How can we go around saying dyslexics have a weakness in phonological awareness when the said dyslexic students can read in other languages?

How can we say that dyslexics have a phonological awareness deficit when they are taught the wrong sounds represented by consonants and are unable to blend letters?

At minute 16.46 it says: Efficiently remembering words via orthographic mapping appears to require:

All my students were able to map the 220 Dolch words by rote memory. They repeated words a few times using letter names and were able to read words fluently after a few months.

Read my post at https://www.dyslexiafriend.com/2021/12/phonemic-awareness-and-how-children.html#more on other studies that have reported that proficiency with phonological and phonemic tasks is not necessary for successful word-reading.

Posted by Luqman Michel at 4:16 AM