My first one hour with my first student for 2022 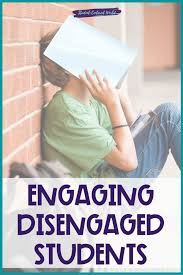 This is a continuation of my post found here.

Today was the first 1 hour session with Jack.

I asked him to read out the sounds represented by the consonants and recorded it as shown below.

He pronounced all the consonant with extraneous sounds except for the letters M, R and S which were sounded out correctly. (I taught him the correct sounds represented by the letters M and R on his first visit).

This is the basic problem with Jack. He is clearly a shut down kid who is confused by having been taught the sounds represented by the consonants wrongly.

Listen to my video on the importance of teaching sounds represented by consonants without extraneous sounds. LINK.

I am confident that he will be able to be weaned within 4 months.

I asked him to memorise the following Dolch words by rote memory. The only word from the list below that Jack could spell is the word on.

For those new to my blog, I teach my students to memorise the 220 Dolch words as they form about 50 to 70 percent of all words in a kid's storybook. By memorising these words he will be able to read them fluently and with ease leaving only about 50% or less to be read using phonics. This is something the Systematic Synthetic Phonics proponents frown upon. They cannot understand why I teach kids to memorise these words. For instance, by memorising the word 'with' the kid can read many sentences with that word.

Jack had a problem pronouncing the words in and has. I have listed the two words in the exercise book to be pronounced each time he comes for his lesson.

The sound represented by the letter 'o' in the word no is the sound of the letter name. This is one of the reasons why I believe it is important to teach letter names, before introducing sounds represented by letters, unlike what Systematic Synthetic Phonics (SSP) proponents insist upon.

As long as the mind is cleared of the confusion it will learn anything and everything with ease.

It takes about a month to unlearn all the wrong sounds represented by letters.

When his mother arrived at the end of the one hour lesson he happily told his mother that he could read. Jack was beaming.

I am glad that his tuition centre principal suggested to his mother to send him to me for tuition.

Listen to my videos on the other sounds of the vowels here,

Posted by Luqman Michel at 2:43 AM