My first student for the year 2022 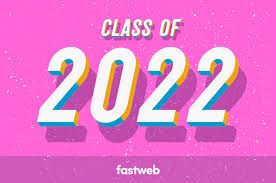 On 21.4.22 a friend sent me a WhatsApp message saying that his friend, a tuition centre principal, was looking for someone to diagnose a kid whom she thought was dyslexic.

Hey everyone! Anyone knows where we can get a child tested for dyslexia in Kota Kinabalu?

I said I cannot officially diagnose but that I am willing to check out to see if the kid is a shutdown kid.

My contact number was sent to the mother of the ‘dyslexic’ kid and the mother and son came over on 24.4.2022.

The kid, Jack (not his real name) who is in primary 3 could speak English well and indicated that he is willing to learn to read. He is enthusiastic to learn to read just like the other kids whom I have taught since 2004.

His mother told me that she speaks Dusun and Malay at home with him whilst he speaks English with his father. He speaks Mandarin with his classmates in school.

He could recite the names of the letters perfectly but added extraneous sound to all the consonants except the sound represented by the letter s.

I then told the mother that Jack is a shutdown kid who is confused and has disengaged from learning to read. I assured her that I can get Jack to read at grade level with 2 one hour lessons per week within 4 months.

No amount of tuition or coaxing will get Jack to learn to read unless his confusion is cleared. He has to unlearn what he has been taught wrongly.

I have decided to post on his progress as we move along. I will keep updating this post after each lesson.

For those new to my blog, get a copy of my book ‘Shut Down Kids’ available in Malaysia, Singapore and India at  https://notionpress.com/read/shut-down-kids

The book is also available on Amazon.

Here is the link to the first lesson.