Learning to read is a natural process – Thinking aloud 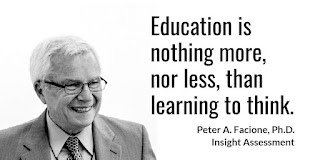 This is controversial, but as I said in the heading above I am thinking aloud.

I would define a natural process as a skill that is relatively easy to learn.

Educators on Twitter keep saying that learning to read is NOT a natural process. Pamela Snow copy pastes what others have said – ‘Reading is a human contrivance that has existed for only approximately 6,000 years (Snow, 2016)’.

The statement above ridicules the intelligence of humans. I called it an idiotic statement and a Twitter friend said, “I don't think it is productive to categorise opposing opinions as 'idiotic', especially when those positions are the generally accepted.”

I believe this is one of the biggest stumbling blocks in the literacy world. If an ‘expert’ says something many others quote it without thinking. This is exactly what happened when someone had said more than 45 years ago that Phonological Awareness Deficit is the cause of dyslexia. More than 100 educators quoted that without thinking. I questioned it by writing articles and commenting in various blog posts since 2010. I kept questioning that hypothesis until it was debunked sometime in 2015/17.

I also believe that many kids are unable to read not because they lack phonemic awareness as is ‘generally accepted’ but it is because teachers teach the wrong sounds represented by consonants.LINK.

I will be starting to teach a primary 3 kid who is unable to read even a single sentence. I will update my blog post here after each lesson.

It does not matter if an opinion is generally accepted as most people do not question anything written by an ‘expert’. I, on the other hand, question what does not make sense to me.

Now, let us get to the topic at hand.

I believe that when kids are ready to read it can be as natural as walking and talking. A kid comes into the world already equipped with both the strong desire and ability to copy what they see us doing.

For a kid, print is just another facet of the world that is not different from all the complex sights, sounds, smells, tastes, and textures in the natural environment.

We are talking about reading and Malay is a language which any kid can learn to read with correct pronunciation within a short period of time.

Learning a language is a natural process, something kids do without needing to be taught. Chinese and Indian kids in Malaysia learn to speak in at least 2 languages before going to school. Learning to communicate with other kids is an innate ability.

Kids learn how to walk by observing others. Will kids be able to walk on two legs if left to grow up with animals in the wild? I doubt if any such experiment has been carried out.

Learning to read in Malay is simple, as kids associate sounds with symbols.

If a kid has an audio book he can self-teach to learn to read in Malay in no time, just as fast as he can read when an adult reads to him.

Now let us look at the English language.

Why is it ‘generally accepted’ that learning to read in English is not natural?

Kids aren't usually confused by written language—until someone tries to instruct them on how to read. When people help kids to read, by reading to them and with them, there is rarely confusion. It is not reading that many children find difficult, but the instruction. I have been saying this for more than a decade. Kids are taught consonants with extraneous sounds and when it confuses them and they are unable to learn to read, the ‘experts’ say that learning to read is not natural.

If we just read to kids without giving them wrong instructions and ask them to read after us they will begin to read as did my first student. LINK.

The main reason kids are unable to read is confusion. We confuse them with the wrong instructions and then say they lack phonological awareness and whatever other reasons we can think of.

Difficulty in learning to read doesn't mean that it is unnatural.

Whether or not anyone will think critically, depends on the individual. Challenging conventional thoughts or other people's opinions, is not something everyone does. Most people are afraid of upsetting others. I don’t have this problem. I write what I believe is true and good for others. If someone comments, and I believe I was wrong, I will apologise and move on.

Thinking is the most difficult thing to do.

Note: More than 10 years ago in the interview of 'The Children of the Code' Seigfried Engelmann had talked about the ambiguity of the code which is one of the reasons why kids are unable to read in English and not because we started reading only 6,000 years ago. Read more here.

Posted by Luqman Michel at 6:15 PM