My way or the highway - SSP proponents 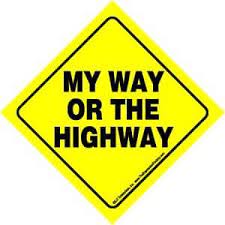 There are many Science of Reading (SoR) and Systematic Synthetic Phonics (SSP) proponents who claim it is their way or the high-way. They keep Twitting not to teach kids to memorise the High Frequency words (Dolch Words).

They keep lying that words can be memorised only by shape.

They say that teaching letter names before letter sounds will confuse kids.

No wonder the illiteracy rate in the UK is still high as it was decades ago.

The following are Twitter discussions where Tweeters come and comment without knowing head or tail about what is being discussed. I commented on a tweet by one Amy Patton as follows:

I wrote to Emily on this matter in 2017. She promised to look into it and revert but never did. My post this morning explains why many kids are unable to read despite phonics being taught. https://dyslexiafriend.com/2022/04/my-fir

Let’s get this right – I tweeted on Amy Patton’s post and in comes Rosemarie and tweeted the above. What does she mean by ‘If only it was so simple’? Did she read my post on my first lesson with Jack? Jack who came to me not being able to read a single sentence went home reading more than 15 sentences and he learnt it within one hour. AND it was not memorised.

I have been shouting at the top of my voice that no kid will be left behind if we teach the sounds represented by consonants correctly. It is that simple.

Why is it not simple? Did you read my post at https://dyslexiafriend.com/2020/03/emily-hanford-comments-on-twitter-by.html?

Have you interviewed kids who were unable to read but found it easy after a short period of intervention? Why were they unable to read in the first place?

I spent 15 years teaching k -1 to read. And assisted former colleagues for years after. I’m well aware of struggling readers and yes I talked at length and made plans with them. Keep assuming…

If she had talked at length with her students, then she ought to know why they had struggled with decoding. She should share this important information with us. She should support me in my quest to reduce illiteracy.

The above is a typical reply where they do not respond to direct questions. If we push for a response we will be blocked. Obviously she doesn't know the answer to my question, 'Why were they unable to read in the first place?' AND she will not ask for the answer either.

Your profile says 'hell is empty and all the devils are here'.

I believe so too and they are here to mislead parents and teachers that 'English vocabulary is too large for memorisation to be viable' and memorisation of words can only be done by the shapes of words.

It’s hilarious that you go right to memorization as the whole method of learning to read. It’s all so either or and clearly that’s not the case.

Where in the world did this woman get this idea about either or? It is the SSP and SoR proponents who mislead Tweeters by saying not to teach Dolch words by memorisation and to teach phonics using  SATPIN. I have always advocated the middle road and provide all the tools required for fluent reading. Did I ever say that memorisation is the whole method of learning to read?

The problem with these educators is that they tweet without reading links supplied. Yet, they call themselves 'degreed educators' as if I care.

Then came this Nancy Bailey with the following tweet.

It's tiring to see teachers who do real work with children and earned actual reading degrees, getting insulted. Isn't going to make you friends no matter how much of a miracle worker you are @luqmanmichel

These birds of a feather always appear from nowhere and butt in without knowing head or tail what is going on. She too talks about having earned reading degrees as if it is a big deal.

I am not on Twitter to make friends. I am there to share what I have learned from my students. I will also question those who mislead others by telling lies, regardless of whether they are ‘degreed educators’, Ph.D.’s, researchers or scientists.

I never claimed that I am a miracle worker. Teaching an instructional casualty, which is what a majority of these ‘dyslexic’ kids are, to read is not a miracle. It is a simple thing to do. If I can get stubborn minds like Nancy Bailey to accept the following, that is what I will call a miracle:

i.        That most of the kids who are classified as dyslexic are in fact instructional casualties.

ii.      The reason these kids shut down is because they are confused.

iii.   They are confused because of the 3 reasons listed at https://www.dyslexiafriend.com/2021/10/three-main-reasons-why-kids-disengage.html

The problem with people like Nancy Bailey is that they look at the messenger instead of the message. She is the type who while driving on the road if I shout at her saying 'Don't go that way the bridge has collapsed'; she will drive even faster saying that she don't care because I did not say 'please'.