My second one hour lesson with Jack 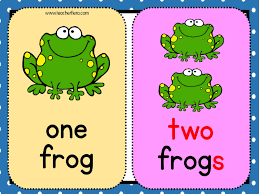 Today, Jack came with his father. His father is a consultant from Scotland who has taught teachers in Malaysia. He travels between Scotland and Malaysia.

Jack has memorised the words I had given him on his first day. Today, I gave him the following words to memorise:

I did 2 more short lessons from my book and noticed that he was guessing some of the words. This is because he has formed a habit of guessing due to him being unable to read. As soon as I clear my throat (a sound to say he is incorrect) he gets it right. This is a habit that will take approximately one month to get rid of.

The fourth lesson was on the word family ‘og’. I taught him how to figure out (guess intelligently and not guess blindly) the word frog as follows:

I was surprised that he was unaware of the plurals of nouns such as boy, book etc. I explained it to him and he understood it immediately.

He did not know the use of the words has and have. I gave him the following example sentences.

We have a pen.

They have a pen.

She has a pen.

My mother has a pen.

This is probably because he speaks Malay and Dusun at home and Chinese at school.

Anyway, I will leave grammar to his school and tuition teachers. My job is to teach him to decode within 4 months and teach grammar when necessary.

At 7 pm Jack's dad sent me the following photo with the message - 'Very keen on practicing, rarely see him pick up his homework books.'

The only homework I give is for him to memorise the Dolch words of the day. 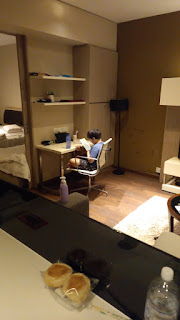 Posted by Luqman Michel at 2:36 PM