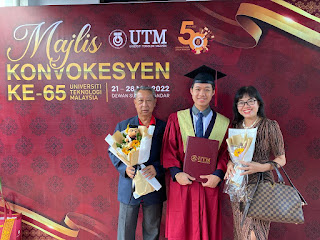 This is a proud moment for the parents of one of my former students as well.

Chan Tze Hou came for tuition with his sister for a very short time of less than 2 months when he was in primary 2.

His mother was at wit’s end as to why he was not able to read at grade level. He was good in other subjects. Within a short spell I knew what his problem was and guided him and then went over to his house and explained to his mother.

His mother was a housewife and had been teaching her two children.

Once his mother understood his problem she was able to guide him.

For some of these instructional casualties it takes just a little to get them back on the right track.

Posted by Luqman Michel at 2:07 PM