Has Lucy Calkins hoodwinked anyone? 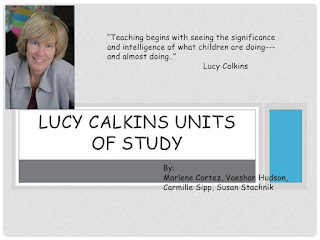 I tweeted the following and received a tweet in response from Karen Vaites.

'She is only now embracing reading research that is >20 years old.'

Where were the teachers and educators during these past 20 to 50 years?

It’s a fair question, but when a woman at @Columbia @TeachersCollege tells you her program is evidence-based, I can understand people getting hoodwinked.

I honestly don’t know how Lucy Calkins has hoodwinked anyone at all but that is not the issue I want to discuss here.

Yes, I know that all it takes is for someone with a title such as Researcher/ Scientist etc. to hoodwink most educators. This is simply because most educators/ teachers/ parents etc. don’t think. If they can think then they will understand what I have been shouting at the top of my voice for more than 10 years.

Has the National Research Council hoodwinked the educators?

The National Research Council in their book ‘Preventing Reading Difficulties in Young Children’ on page 22 say:

‘There are 3 sounds represented by 3 letters in the word “but” but each sound alone does not refer to anything, and only the middle sound can really be pronounced in isolation; when we try to say the first or last consonant of the word all by itself, we have to add a vowel to make it a pronounceable entity.’

The above is repeated by ‘experts’ such as David Boulton, Timothy Shanahan, Mark Seidenberg, and many others and most teachers believe them completely and teach consonants with extraneous sounds.

If the lady in the clip here can pronounce the consonants without extraneous sounds who are the above to tell us that we can’t?

If a six years old kid in Lagos LINK can pronounce the consonants without extraneous sounds who or what is the National Research Council to say otherwise?

Posted by Luqman Michel at 7:43 PM