4th Lesson with Jack and the naysayers 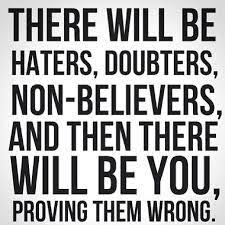 He still guesses instead of reading what he already knows. This is a habit which will take a little time to unlearn.

Today, I gave him the following Dolch words to memorise by rote memory:

I pointed out to him that he has learnt the sounds represented by the letter ‘a’ as in apple (in the word cat) and about (as in the words ‘A cat’) in lesson 1.

Today, I pointed out another sound represented by the letter ‘a’ in the word ‘all’ that is in the Dolch words above.

All we need to do is to point these out to avoid confusion and disengaging from learning to read.

There were a few Tweeters who said that dyslexics cannot memorise words. I decided to record the Dolch words Jack has memorised in his first 3 lessons. The following is a recording of him reading the Dolch words he has learnt.

He will get more fluent as he continues with his lessons.

He can spell them correctly too.

I hope the naysayers who keep saying that dyslexic kids are unable to memorise Dolch/HFW words will stop misrepresenting on social media.

One thing for sure is that he did not memorise them by shape as suggested by the Systematic Synthetic Phonics (SSP) Proponents such as Debbie Hepplewhite and Geraldine Carter who have duped the general public via Reading Reforms Foundation. Read more on my post here.

Posted by Luqman Michel at 3:46 AM