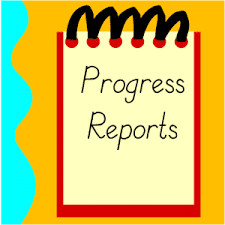 The mediocre mind is incapable of understanding the man who refuses to bow blindly to conventional prejudices and chooses instead to express his opinions courageously and honestly. (Einstein)

I recorded Jack’s pronunciation of the sounds represented by consonants and posted it in my blog.

I said that Jack is unable to read even a single sentence because he was confused as he was taught the sounds represented by consonants wrongly. This is true of all my dyslexic students I taught since 2004.

Right from the start I said that I will be able to get Jack to read within 4 months of 2 x 1 hour lessons per week.

This time around I got written reports from both parents to confirm that Jack was unable to read.

I recorded the following lessons I had taught him up to the 4th hour with him and forwarded it to his dad and his Tuition teacher. Both of them were pleasantly surprised. Jack’s dad shared it with his wife and she too was elated.

Now that he is aware of the correct pronunciation of consonants he has no problem blending and we finish 2 short chapters from my book in less than ½ an hour during his one hour session with me. So, I have started him on Peter and Jane set of books for supplementary reading.

The Phonics phonetics can say what they want about using only decodable books.

The debate over whether to use decodable books or levelled books has been ongoing on Twitter for a few years now. I use both. The key is in knowing how to use them.

My next report will be after we have completed chapter 20. Chapters 1 to 19 are to get him to unlearn the wrong pronunciation of consonants he has learnt. Chapter 20 will be the start of figuring out unfamiliar words using what he has learned to chapter 19.

Here are the recordings of lessons 1,2,6,7 and 8. I did not record lessons 5 and 6 as the lessons were with the word family ‘og’ which is also covered in lesson 7.

Posted by Luqman Michel at 9:18 AM

Here are comments from FB for posterity:

Luqman Michel
My friend, Dr. Sam Bommarito from St.Louis insists that I should not teach decoding without comprehension. I believe he is saying this as he has been reading it numerous times that he has come to believe it. All the kids I have taught had a decoding problem and not a comprehension problem. They could answer all the comprehension questions when I read the stories to them.

Cathy Pua
Luqman Michel my daughter was the same. Thank goodness for the Lady Bird Series. I didn’t learn that system. I was fortunate. Reading came naturally. But it was a real struggle for my daughter. Only when she’s 25 did we realise she is dyslexic. She survived without a name tag 📛

Cathy Pua yes, I taught my first student using the lady bird series too. Somehow the mind works out the phonics part as we continue reading to them.
Only subsequently, when I learnt about phonics did I start teaching phonics.
And then combined the two and it works.

Why do educators insist on ‘their way or the highway’ is beyond me?
I am glad your daughter made it without a name tag.