My 6th day with Jack and initial input 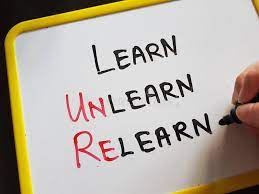 I taught him the word families ‘un’ and ‘ut’.

The Dolch (HFW) words I taught him are:

It is surprising that Jack has a problem with pronouncing many words correctly. His vocabulary is also quite limited unlike my previous students. Grammar is also a problem. I believe he will improve in all these when he goes back to school.

As mentioned in several posts in my blog, teaching a kid to unlearn what has been embedded in his brain is not an easy task. The best analogy I can think of is filling a cup that is filled with poison with a good drink. If we can simply overturn the cup and empty the poison, it will be an easy process. In this case we have to fill the cup with the new drink while the poison is still in it.

Jack has been disengaged from learning to read because he has been taught wrongly (poisoned). The initial input was wrong. Read my post here.

I have read many tweets and numerous blog posts on the percentage of kids who are unable to read after a year in grade one. A high percentage are also unable to read in grade 4. However, not a single person has answered my question on why this is the case. I have asked this question on Twitter several times in the last few years.

How is it that Jack who was unable to read a single sentence is now able to read many sentences? How is he able to spell the Dolch words he has rote memorised?

I tweeted the following:

Has anyone found out the reason why these kids are held back?

Chances are they are held back because they are unable to decode. Has anyone ever responded to my questions on Twitter as to why these kids disengage from learning to read.

I’ve never resonated (think that’s the word) with a book so much. Highly recommend for dyslexics and those working with dyslexics or just anyone tbh

what a wonderful review 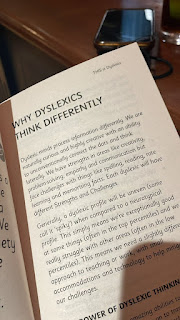 I then Tweeted as follows:

What does it mean that a dyslexic needs a slightly different approach to learning (to decode)? (Extracted from the image above).

If these kids can read after a short period of intervention should we not ask why they were unable to read in the first place?