Dogmatic attitude of an educator 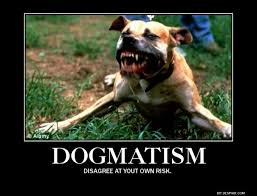 It talks about some important phrases we should learn and use as we learn and grow.

Over the years I have noted that most people adhere strictly with what they know and refuse to think logically. I will list out some of them in the near future but for now let me write here about a lady from Australia who responded to my tweet in a rude manner.

The following are the tweets I retrieved from Twitter.

I have been saying this for the past 10 years. Teach the correct pronunciation of phonemes of consonants and every child will learn to read.

Read my posts at http://dyslexiafriend.com

She tweeted the following in response:

Correct? Seriously? I’m surprised by your comment. Which accent and dialect is the correct one for students learning to read and spell in English? We live in a highly globalised world where there are many Englishes with different word pronunciations. You know that!

Seriously, I would like to know a little more about dialectal differences in the pronunciation of phonemes of consonants.

If you want to know how phonemes are taught wrongly read my posts at http://dyslexiafriend.com

and then ask me questions.

She responded as follows:

don’t live on Twitter - no need to insinuate I am not able to respond. Here’s an article you might like - link below. Consonant sounds are also impacted when speakers have English as an additional language. There is no correct way to pronounce words.

You remind me of a Tamil proverb. Having fallen flat on one's face one says the sand did not touch one's mustache.

I did not talk about words, so stop putting words into my mouth. My post below is specifically for people like you

My advice to you is not to write anything in response and exhibit your stupidity.

I never did say that there is a correct way to pronounce words. So, stop this nonsense right now. I have no time for such stupid tweets.

My last tweet appears a little harsh but she had continued badgering me with the same thing despite I having explained it clearly to her.

She has blocked me and all the tweets from her have disappeared. If this is not an example of an ostrich sticking its head into the soil, then what is?

I have been to Australia about 15 times. I have driven from Darwin in the North to Albany in the south. I have taken the coastal road as well as the wheat belt and spoken to people in the suburbs where I had to listen intently to understand them as they had a strong accent.

I had also travelled to Queensland and at one time had two units of houses, one in Surfers Paradise and  one at Robina. I had to sell both to pay off losses in the stock market.

In Kota Kinabalu, I worked for 2 Australians and one of them always called me Luckman.

As such I know a little about Australian accent.

In Australia I had been asked; Did you come to Australia to die?

I had to learn to answer; Yes, just to die.

Even in the city where we rented an apartment I was pointed to a 'bison' for washing my face.

Why would she block me? Say whatever she wants in rebuttal or leave the tweets for others to see and tweet.

How do we learn from each other when one blocks another for disagreeing with something said.

Posted by Luqman Michel at 5:00 AM

Thank you for taking down my photo, but I am still identifiable as my name and my university’s name is still included in the labels or tags for your post. I also don’t appreciate that you provide other personal details about my presenting at a conference and am a PhD candidate. It is disturbing that you felt the need to search for information about me, Michael. I request that you take down these personal identifiers. Thank you.

I have removed the tag. This is the first time I am doing such a thing and I am not sure if it works.
The presentation at a conference was without your name. I have taken that off too.
I provide as much information as possible. If you search my name on the internet there will be more than 100 entries and you are free to use whatever information from there as they are public information.

Thank you. I now request that you delete your tweet that names me directly and contains a link to this blog post. It still makes me identifiable. I cannot keep responding as I now have a sick pet who needs care. I believe your main message is believed by everybody. Best wishes for your work in your community. Thank you.

Thank you. I now request that you delete your tweet that names me directly and contains a link to this blog post. It still makes me identifiable. I cannot keep responding as I now have a sick pet who needs care. I believe your main message is believed by everybody. Best wishes for your work in your community. Thank you.

I have never deleted a tweet and I don't intend to start now. Sorry. Anyway, that tweet will disappear soon enough. I will not make it resurface.
Let us move on.

Some of your tweeted replies to me where missing Michel...
I’ve deleted our conversation as I don’t choose to wallow.
I have a dying dog to worry about now, so Twitter dramas pale in significance.

Happy for you.
When you delete tweets I can't see them either.
All these tweets will not be seen by anyone after a few days if no one comments on them.
So, let us move on.
Concentrate on your work at hand.
I wish you well.