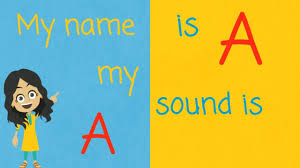 John Walker, in his weblog had a post in June 2019 titled ‘Advocating the teaching of letter names to children just entering school is crass’.

Why would any sane person call teaching letter names to children just entering school as crass?

I have specifically said a number of times that not teaching letter names is one of the reasons why many kids shut down from learning to read.

John Walker says the following in the post above.

‘While Stephen offers some very useful advice, there is (at least) one of his recommendations that needs to be studiously ignored: his invocation to teach letter names to young children in Reception/PP/Kindy: from the start of school.’

There are many things I disagree with Stephen Parker, including misrepresentations which you may read here, but I am with him on teaching letter names to kids before teaching sounds represented by letters.

I’ve crossed swords with Stephen before on this issue but, despite repeatedly asking him for a reason why teachers should be teaching letter names, he never answers the question.

Well, let me answer that question on behalf of Stephen Parker.

Having learned the sounds of /b/ as in bat, bug, boy etc the kids I had taught used to look wide-eyed at me when I taught then the word be and bee.

If we do not teach the letter names will the kids not be confused when you teach the word ‘be’, ‘bee’? Here the letter name is the sound used to read the words and not /b/ as in boy, boat etc.

There are many other words that use the letter names and not letter sounds such as deep, dear, which are not the same as /d/ as in dog, dad.

As such I believe it is kind of stupid to say that letter names taught to children is crass.

Is there any wonder why the reading wars are going on for decades?

Here is another ludicrous statement made by John Walker:

Then, there’s the issue of cognitive load. If we are trying to reduce cognitive load to the minimum required to make our teaching effective, why teach anything other than that the spelling < a > is/represents the sound /a/. More than that adds extraneous information and is likely to confuse. Furthermore, adding unnecessary information for a child to absorb can cause some of the essential stuff to fall off the table of working memory.

This is gross underestimation of the intelligence of kids. Children, especially in the early years, are like little sponges, absorbing all the information around them and then actively making sense of it.

As I have stated several times, it is the non-teaching of the different sounds represented by letters and letter names that are two of three reasons why kids get confused and shut down from learning to read and not the other way around.

Having taught /a/ as in apple, ample, axe the child will be confused when you teach him the following:

A as in able, ace, angel

A as in about, agree, allow

A as in all, always, awful

As I have stated before, we need not teach all these sounds to a child, it is enough to tell them at the onset that all letters represent more than one sound. We point out the different sounds as and when we arrive at a word using another sound from what he has learned earlier.

Here is another statement by John Walker.

In the Reading Reform Foundation Newsletter, 48, (April 2002), Harrison reports that ‘In a study of 9000 Australian students, 30% of nine-year-olds still hadn’t mastered letter sounds, arguably the most basic phonic skill.

We have read such statements numerous times. How can nine-year-olds master letter sounds when teachers teach ‘buh – ah – tuh for bat instead of /b/ /a/ /t/. Read my post here.

‘Teaching both [letter sounds and names] potentially confuses children and doubles the amount of information they are required to learn.’

Dr. Jonathan Solity should read this post and let us see what he has to say. It is nonsense to say that kids will be confused when we teach them letter names and letter sounds. In Malaysia, when we first started learning we were taught letter names which we all learned with ease. Only subsequently were we taught letter sounds and we all learned to read unlike today where most kids land up as illiterates.

Dr.Jonathan Solity may not be aware that Chinese kids going to schools in Singapore have to learn English as well as their mother tongue which is Chinese. They have to learn about 600 Chinese characters as well as the Pin Yin which is Chinese written in Roman/ Latin letters. This is in addition to learning to read in English. I don't believe that Dr.Jonathan Solity knows what he is talking about.

Here is another silly statement by John.

So, do expert readers use letter names when they’re reading? I don’t know about you but I don’t.

Does this guy really know what he is talking about? Kids read words such as giraffe, pea, tea etc. using letter manes and not sounds as in /g/, /p/ and /t/.

Posted by Luqman Michel at 4:03 AM

'Letter names need to be taught. I prefer not to introducing them at the same time as letter sounds - to avoid children getting muddled when blending. Only the letter sounds are used in the code for reading and writing.'

My response:
I don't think any teacher anywhere in the world will teach both letter names and letter sounds at the same time. It takes a kid a few days to learn the letter names.

Why are the SSP proponents so adamant about teaching letter names?

I believe that simply because they have been teaching one way they have to oppose anything else even though it sounds logical.

Yet, these same people will say that there is more than one way to teach.

Here is a comment on twitter by another person, which has not and will not be rebutted/ responded to by John Walker or anyone else.

@louisemcmullan6
and 2 others
Children learn the names of many animals and the sounds they make, male and female forms, offspring, diet, habitat etc.

So why can't they learn name, upper and lower case for each letter alongside phonics?

Here is a retweet by John Walker.

John Walker, Sounds-Write
Retweeted a reply to you

'We don’t say that children shouldn’t be taught the letter names just not until they are really conceptually secure with the idea that letters represent sounds. When they are secure with sounds and the spellings of them then we can safely teach letter names.'

The above is like the Tamil story where a prince had caught a three-legged rabbit and insisted that all rabbits have 3 legs.

Here is tweet by Louise mcmullan
@louisemcmullan6
Replying to
@NarelleLynch1

'No. Teaching letter names and sounds at the same time does not develop an understanding of how English is written nor does it develop skills. It represents cognitive overload for many and is not helpful for those in danger of failure.'

With this 'cognitive overload'how did Singapore get into second place in the last PISA examination?


'It is important for students to know the names of nearly all the letters of the alphabet. Knowing the letter names is a first step in phonics instruction and is associated with later success in reading. The names of many letters correspond to their sounds. When students understand that letters represent sounds and have mastered several letter–sound correspondences, they have acquired the alphabetic principle. With this principle, in tandem with concept of word in text in place, they begin to finger point read and remember written words.'