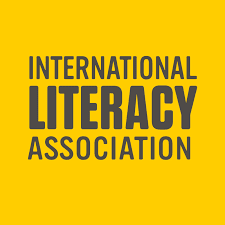 In a blog post on 9.8.2020 by Dr. Sam Bommarito I saw a post with a link to an article by International Literacy Association which you may read in full here.

The following are extracts from the article and my comments.

Similarly, the teachers whom I taught to teach kids using phonics and Dolch words also teach the kids without songs, rhymes and tapping syllables.

It is important for students to know the names of nearly all the letters of the alphabet.  Knowing the letter names is a first step in phonics instruction and is associated with later success in reading.  The names of many letters correspond to their sounds. When students understand that letters represent sounds and have mastered several letter–sound correspondences they have acquired the alphabetic principle.  With this principle, in tandem with concept of word in text in place, they begin to finger point read and remember written words.

My comment: Yes, I have dealt with the above in detail on my blog posts. You may read one such post here.

My comment: I don’t understand why one needs three years to learn the single syllable words. Simple phonics adequate for reading should be able to be taught within a year in school. Teach kids the fundamentals of phonics and correct pronunciation and the rest will be learned intuitively.

Phonics Instruction in Other Languages

Phonics is a part of learning to read in all languages.  Students who learn to read in multiple languages apply phonics that fit the respective letter–sound, pattern, and meaning layers. There is a wide variety in the balance of the three layers among writing systems, including the way letters and characters represent sounds.  Phonics instruction always depends on the characteristics of a specific language.

For example, in shallow orthographies in which there are highly predictable letter–sound correspondences, such as writing in Spanish and Italian, the alphabetic layer applies across nearly all simple words, and this explains why the words are easy to sound out, whereas in deep orthographies, such as English and Chinese, there is a greater emphasis earlier on the pattern or orthographic and meaning layers, and learners must know the patterns to read many single syllable words.

My comment: This is an excuse the Anglophone countries have used to dupe the world as to why many kids are unable to read.

It has nothing to do with deep vs shallow orthography. It has all to do with the pronunciation of phonemes of consonants being taught wrongly.

I have dealt in detail with the above in my blog.

Wikipedia defines deep orthography as a writing system that does not have a one-to-one correspondence between sounds (phonemes) and the letters (graphemes) that represent them.

I have also addressed the above as one of the three reasons why kids shut down/ disengage from learning to read.

Teachers do not tell kids at the onset that all letters in English represent more than one sound. This way the kids will not be confused when the teacher teachers a new sound represented by a letter they have learned earlier.

We need to ask ourselves as to how it is possible for kids in Singapore and Macau to learn Chinese characters and then learn Han Yu pin Yin (Chinese taught using Roman/ Latin letters) and at the same time learn English and score better than the Anglophone countries in reading.

You may read more on the PISA tests here and here.

It is high time for these Anglophone countries to stop giving this silly excuse for the bad teaching of phonemes.

I have said it several times in my blog and will say it again, it is the teachers who do not know how to teach who then blame the kids as being learning disabled.

Posted by Luqman Michel at 5:27 AM