Labels like ADHD and Dyslexia can interfere - Dr. Richard Selznick 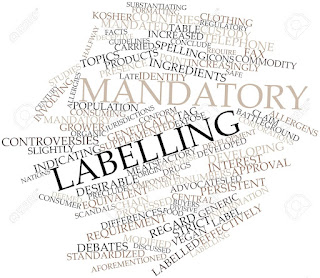 Following my post on the response to a question on Twitter I received the following email from Dr. Richard Selznick.

I looked back on some of your other blog posts about Phonemic Awareness and related topics.

In my humble opinion I think the reading field has been unnecessarily complicated and, as I think you point out, often driven by product/service selling.

I also hold strongly to the phrase which I noted before, "You go to a carpenter, you get a nail."

I see that all of the time with children who are quickly labeled "ADHD" by medical doctors who have spent maybe 10 minutes with the child.  All that is needed to make such a diagnosis are a few buzz words from the parent such as, he has “trouble paying attention," and the diagnosis is made along with the prescription pad coming out.

When I evaluate the same child and spend around three + hours with the child and talking with the parents it becomes quickly clear (almost 99% of the time) that there are other issues interacting that are leading to poor attention - these are often the reading/spelling/writing problems, combined with difficulty with sustaining effort and low frustration tolerance.

It is important for everyone to keep in mind that the labels can really interfere and that there is no test for ADHD, Dyslexia, "Sensory Processing”, etc.

Parents come to me all of the time with the question of whether their child is "dyslexic," even though in truth they have no idea what dyslexia is with the vast majority of parents and professionals believing that "dyslexia is when you see upside down and backward."

Note: Dr. Richard Selznick is a US nationally certified school psychologist, and a graduate school professor. As a director of Cooper Learning Centre at Cooper University Hospital, Dr. Selznick overseas a programme that assesses and treats a broad range of learning and behavioral problems in children.

Dr.Selznick also functions as a school consultant, and throughout the year he speaks to numerous parent groups, schools, and regional conferences on topics such as dyslexia, parenting, bullying and ADHD.

Back in 2010, Dr.Selz on a Q&A session with me, informed me that a majority of his few thousand patients pronounced the consonants with extraneous sounds.

Who are his patients? A majority of them are kids who are unable to read.

Posted by Luqman Michel at 5:56 AM